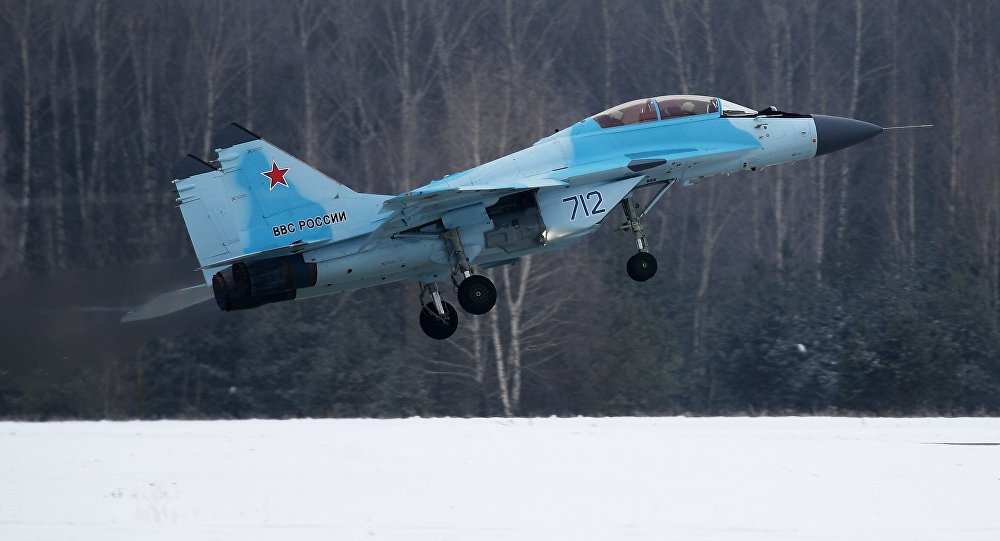 On Friday, Aerospace Defense Forces Commander Viktor Bondarev confirmed that Russia's MiG-35 strike fighter would eventually be armed with laser weaponry. Speaking to Sputnik, military aircraft expert Col. Makar Aksenenko explained why it is absolutely critical for Russia to equip its air forces with these advanced and cost-effective planes.

Speaking to journalists on Friday, Bondarev said that the development of laser weapons for the MiG-35 would begin immediately following flight testing is completed this summer.

On Thursday, United Aircraft Corporation president Yury Slusar confirmed that the Russian military will begin purchasing the new 4++ generation multirole aircraft on a large-scale basis starting in 2019. Also on Thursday, attending a demonstration flight of the fighter during a meeting of the Military-Industrial Commission, President Vladimir Putin clarified that upon the successful completion of state trials, the Aerospace Defense Forces will order their first batch of 30 MiG-35s, and will purchase 140 more in the coming years in order to completely upgrade Russia's fleet of light frontline aviation aircraft.

© Flickr / mashleymorgan
Russia Needs MiG-35 Fighters for Combat Missions in Syria-Like Conflicts
A presentation of the MiG-35 for possible foreign buyers was held Friday.  Speaking to Sputnik, Russian Federal Service for Military-Technical Cooperation deputy director Anatoli Punchuk said that he thinks the new planes could find strong demand among the air forces of Eastern European countries which have experience flying Soviet and Russian planes. Bulgaria, Slovakia and Poland, which operate MiG-29s, could be particularly interested in the new jets, he said.

The MiG-35 (NATO reporting name Fulcrum-F) multirole fighter is an in-depth modernization of the MiG-29M/M2 and MiG-29K/KUB fighter jets, and features improved flight characteristics, as well as improved combat capabilities. The aircraft is designed primarily for operations in the ground-based theater of operations.

Speaking to Sputnik about the significance of the new plane, Col. Makar Aksenenko, a professional pilot and candidate of military sciences, explained that the plane is a critical and long-awaited component in Russia's post-Soviet military strategy.

"In my view, this was a machine that we needed a long time ago," Aksenenko noted. "In the 1990s and early 2000s, Russia rather carelessly reduced its fleet of fighter-bombers, shifting the tasks it was meant to perform to ground attack aircraft and bombers." 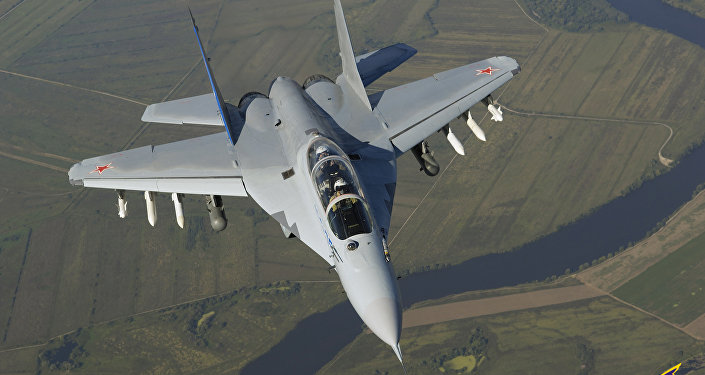 © Photo : Russian Aircraft Corporation "MiG"
Russia to Start Churning Out MiG-35 Fighter Jets in 2019
However, "now, our air force has again come to understand that it needs a machine capable of providing air cover to troops on the battlefield, but also of acting in operational and tactical depth, striking enemy communications, command posts and reserves. In other words, [they need] a machine capable of solving multiple tasks in the airspace above the modern battlefield."

With this in mind, Aksenenko emphasized that "it's a good thing that the country's leadership, the command of the Aerospace Defense Forces, and the aviation industry have set about solving this problem."

Asked to comment on the MiG-35's predecessor, the MiG-29, and why the latter plane was chosen as the basis for the creation of the new 4++ generation aircraft, the officer explained that "this was the fastest and least expensive way to deliver a new aircraft to army aviation – one which relies on the groundwork laid by the MiG-29 family of aircraft, which have excellent aerodynamic characteristics and a solid resource for future modernization."

"This is the same route taken by other aviation powers," Aksenenko noted, pointing, for example, to the US F-15 and F-16 fighters, "which are upgraded to have improved combat characteristics, and to carry a more extended range of weapons based on contemporary, high-precision systems.

"Russia has adopted this rational approach, equipping the MiG-29, a plane that is very good from the aerobatic standpoint, with cutting-edge weapons systems, advanced digital avionics, new engines, onboard radar systems, and on-board defense systems," the expert noted. "As a result, the combat potential of the aircraft is increased by at least 250%, it can use high-precision weapons against ground targets, which is crucial when providing support for ground forces."

A number of experts earlier said that one of the potential weak spots of the MiG-35 were problems with its Zhuk ('Beetle') onboard active phased array antenna radar system. Asked to comment on these problems, Aksenenko noted that the Zhuk radar, capable of targeting both air and ground targets, is "in many respects a revolutionary system for the Russian defense industry and our aviation."

Accordingly, "it's only natural that it had problems. I think that now, when state trials have been announced, and discussions of mass production have begun, the so-called 'teething problems' of the Zhuk have been solved. In any case, the producer of the system, JSC Phazotron, has extensive experience in scientific and engineering development. I have full faith in our technology."

© Sputnik / Dmitriy Vinogradov
'With Surgical Precision': Russian Attack Planes, Helicopters Return to Daesh-Held Palmyra to Retake City
Asked about the prospects for the MiG-35 to compete with foreign designs, Aksenenko emphasized that "as far as what Russia today can and must have for itself, the MiG-35 is the winning and economical option. It is the optimal solution to the task at hand at the lowest possible price. The Russian military will be quite satisfied with this aircraft."

"As for its export potential, it may be of interest to countries that purchase Russian combat aircraft, including India, Algeria, and perhaps Indonesia and the countries of Latin America. I think it will find buyers in Europe (Serbia and perhaps even Finland). After all, it shouldn't be forgotten that the base for the MiG-35, the MiG-29K, was originally created for export. Furthermore, foreign high-precision weaponry can be adapted to the plane's architecture. So the MiG-35 will find its foreign clients. But first and foremost, I will repeat, Russia needs to equip its own air force with these planes," Aksenenko concluded.