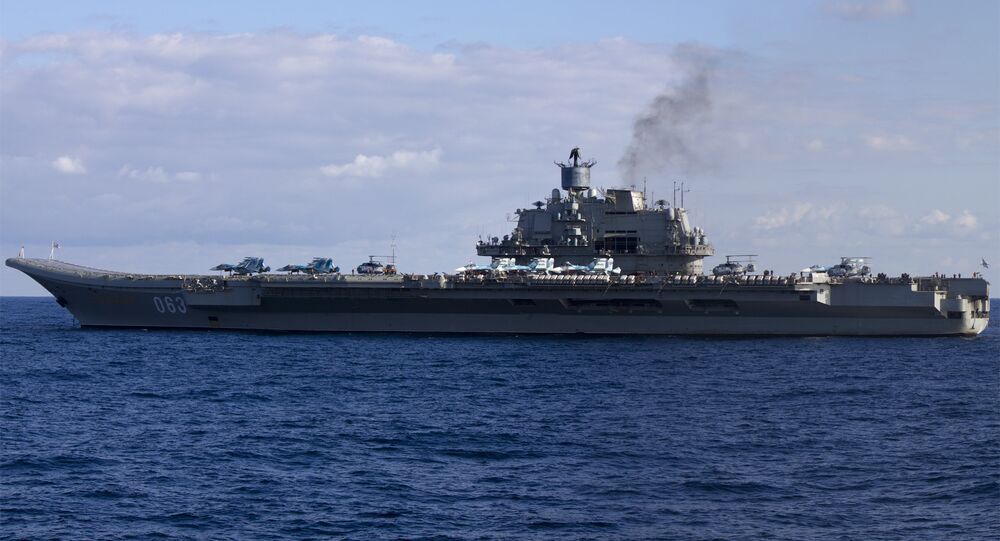 A group of warships will return to Russia in early February after having attained their combat objectives in Syria.

MOSCOW (Sputnik) — The naval group of Russia's Northern Fleet led by the Admiral Kuznetsov aircraft carrier will return from Syria to the country's northern port city of Severomorsk on February 8-9, a source in Russia's Defense Ministry told Sputnik on Friday.

"The Northern Fleet's group led by the Admiral Kuznetsov will return on February 8-9…. The group itself will enter the Kola Bay on February 9," the source said.

© Sputnik /
If Admiral Kuznetsov is So Insignificant, Why Did the UK Go Ballistic About it?
The source added that the planes and helicopters from the carrier air wing would arrive at the Severomorsk-3 aerodrome on February 8.