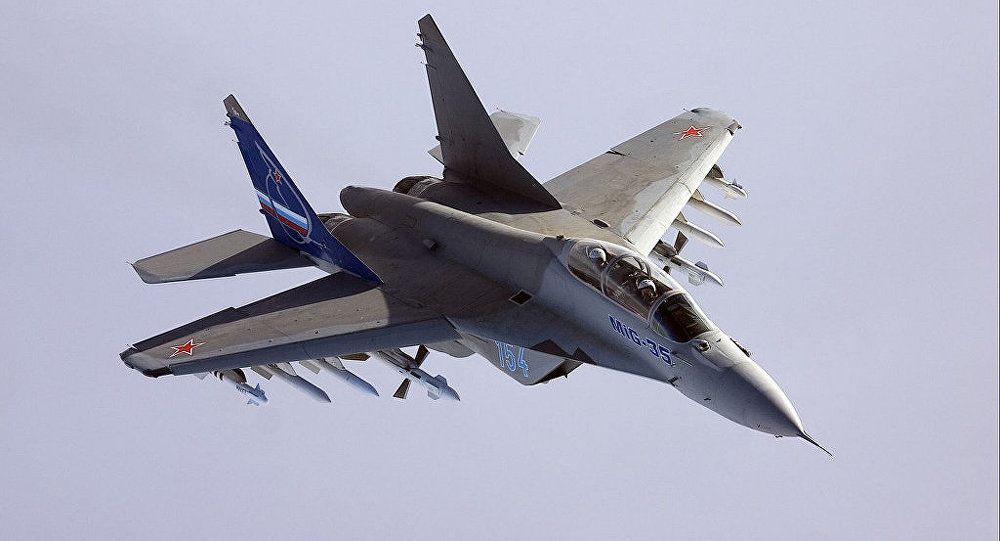 Russia needs the MiG-35 fighter jets to solve military tasks in the Syria-like conflicts, according to the Aerospace Forces commander.

"The first contract has not yet been concluded. This will be done after the aircraft completes the flight test program," Bondarev told reporters.

The flight tests are expected to end in summer 2017.

"Thank God there are no large-scale armed conflicts now, only local, as in Syria. We need such aircraft, which would be able to solve the task," he said.

The MiG-35 is a further development of the MiG-29M/M2 and MiG-29K/KUB fighter jets, featuring improved combat capability and flight performance characteristics.