"The significance of ground forces together with the aviation and navy in military conflicts is high. Our task is to provide them with the best hardware, modern equipment and significantly boost their combat capabilities," Putin said.

"Mobility is one of the main indicators of the efficiency of the ground forces during troop transfers for long distances and their fast deployment. We need to increase the time of such activity." 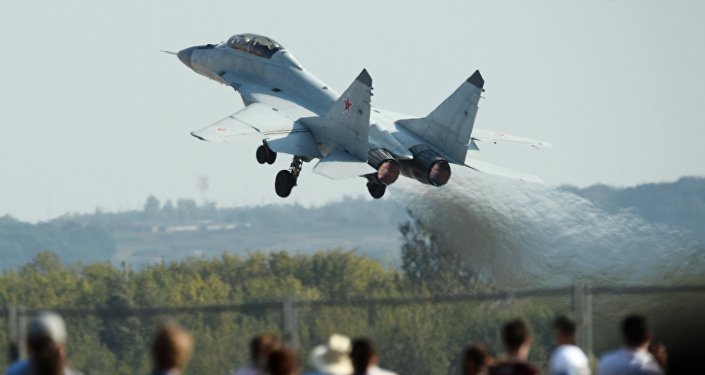 "First of all I want to congratulate you on this important event, on the start of flight tests of our new light MiG-35 fighter," Putin said during a video conference on the occasion of the beginning of the fighter jet's flight tests.

He added that the new fighter has improved characteristics, is equipped with state-of-the-art weaponry and is capable of tracking from 10 to 30 targets.

"I very much hope that our armed forces will be significantly reinforced by this aircraft," Putin said.