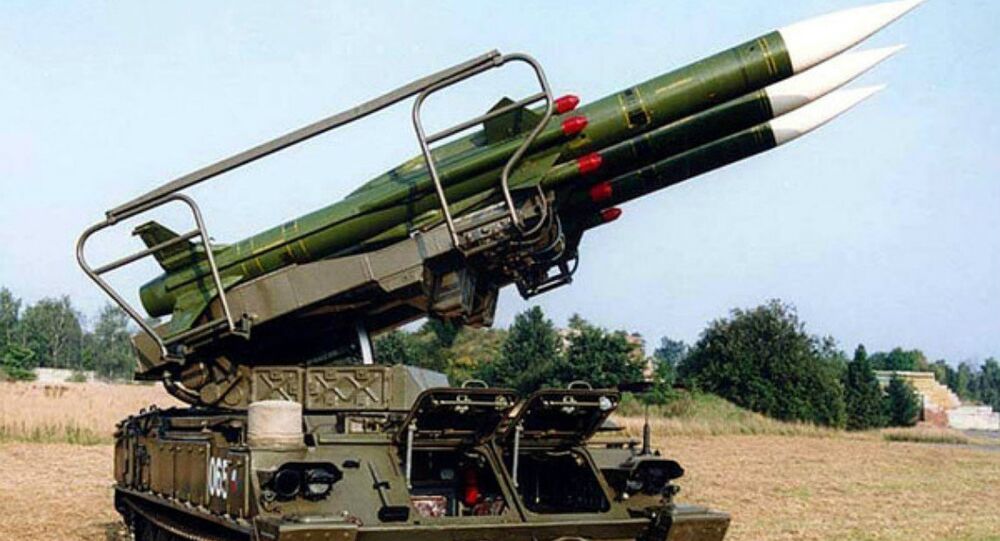 The Indian Army has been searching for a replacement of Kvadrat self propelled air defence system for a long time. But it has been unable to find a suitable option for the air defense of 500 vulnerable areas and vulnerable points across the country.

New Delhi (Sputnik) — In what could be a signal of faith in the Russian 2K12 Kub/Kvadrat self propelled air defence system over home-made surface to air missile Akash, India has asked global vendors to supply approximately 200 missiles for the system.

Akash was to replace the 3M9ME/3M9M3E missiles in the Kvadrat System for providing air defense cover to the mechanized forces during battle manoeuvres. Kvadrat is designated for air defense of the manpower and objects against enemy aircraft flying at low and middle heights both at subsonic and supersonic speeds.

© AP Photo / Tsering Topgyal
India Test-Fires Replacement for Russian SMERCH
The army in a document says that missile should be capable of engaging target in range of 24/25 kms with a single shot kill probability of at least 80 percent. The army wants the missile to have minimum 96 percent with delivery from 2018.

It is evident from the current purchase order that the army would have to continue with Kvadrat. The army finds Akash air defense system a bit slower and ineffective while on the move. It is considered that the reaction time of Akash is longer and has radar coverage of less than 360 degrees.