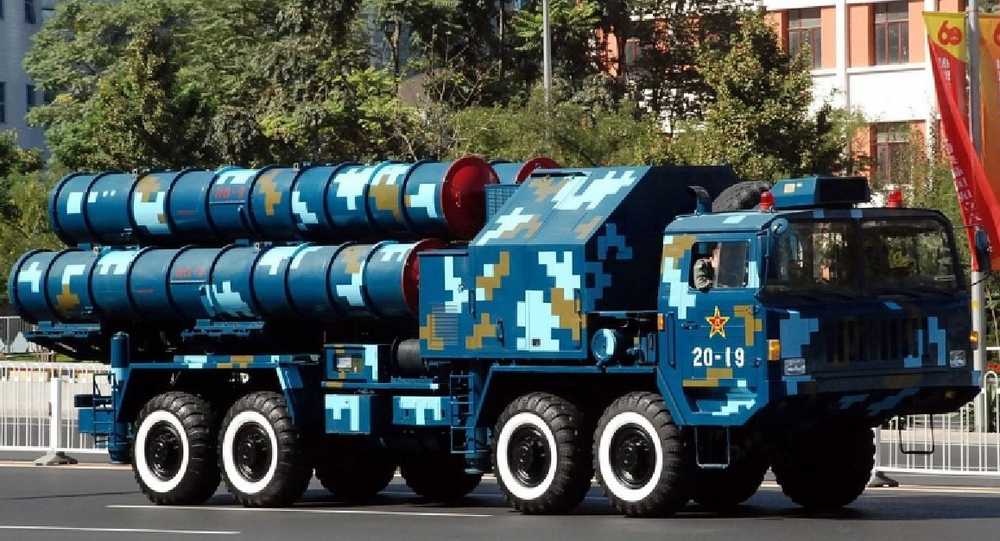 Why Developing Nuclear Potential is an 'Absolute Necessity' for China

It is an "absolute necessity" for Beijing to invest into its defensive nuclear capabilities, Yang Chengjun, chief scientist at Quantum Global Defense Research Center, told Sputnik, naming the length of China's borders, the scope of its interests and the fact that some of its rivals possess nuclear arms as the three main reasons behind this.

"China's nuclear deterrent capabilities clearly need to be strengthened," he said. "China has a land border of 22,000 kilometers (more than 13,670 miles), with its sea border stretching for 18,000 kilometers (more than 11,184 miles). Today five countries have a right to have nuclear weapons and five more nations de facto have nuclear arms. … Some of them do not have friendly relations with China."

In addition, there are countries capable of creating nuclear weapons, the scientist said, citing Japan as a case in point. Should Tokyo decide to develop its own nuclear armaments, it will create a "major threat" to China.

© Photo : Youtube/ Military Technology Zone
Reported DF-41 Deployment: China 'Responding to US Missile Defense in Asia'
"Under these circumstances, a coherent development of China's nuclear potential is an absolute necessity," the scientist concluded. He underscored that Beijing has been restrained in these efforts, when compared to nuclear programs in other countries.

Yang Chengjun added that Beijing's nuclear capabilities are not targeted against other countries, including the United States, but are meant to protect China's "state and economic interests," which have expanded due among other things to the One Belt, One Road initiative, a signature project of President Xi Jinping.

Chinese leadership "has to think about protecting these interests," he said, adding that China's military and nuclear forces are instrumental in this respect.

© Sputnik / Ramil Sitdikov
Russia to Boost Far East Missile Defense Amid China's ICBM Deployment - MP
Yang Chengjun's comments came in response to unconfirmed reports that Beijing deployed its brand new Dongfeng-41 (DF-41) nuclear solid-fueled road-mobile intercontinental ballistic missiles (ICBM) to three locations in the country. These include the city of Daqinq located in the Heilongjiang province which borders Russia, the city of Xinyang in the central Chinese province of Henan, as well as the northwestern Xinjiang Uyghur Autonomous Region.

However, the Chinese Foreign Ministry told Sputnik that these reports were unfounded.

"This is only speculation and conjecture circulating online," the ministry said in a statement, adding that China and Russia have consistently promoted "comprehensive strategic partnership and cooperation" with each other.

The alleged DF-41 deployment was unveiled earlier this week.

© Photo : Youtube/ 自由の声4
China's Reported Missile Deployment Near Russian Borders No Threat to Moscow - Kremlin
The DF-41 is a three-stage solid-fueled intercontinental ballistic missile reported to have a maximum range of up to 15,000 kilometers (more than 9,320 miles) and a top speed of Mach 25 (19,030 mph). It is said to be capable of carrying up to 10 multiple independently targetable reentry vehicle (MIRVs). Its launch preparation time is estimated to be between 3 to 5 minutes.