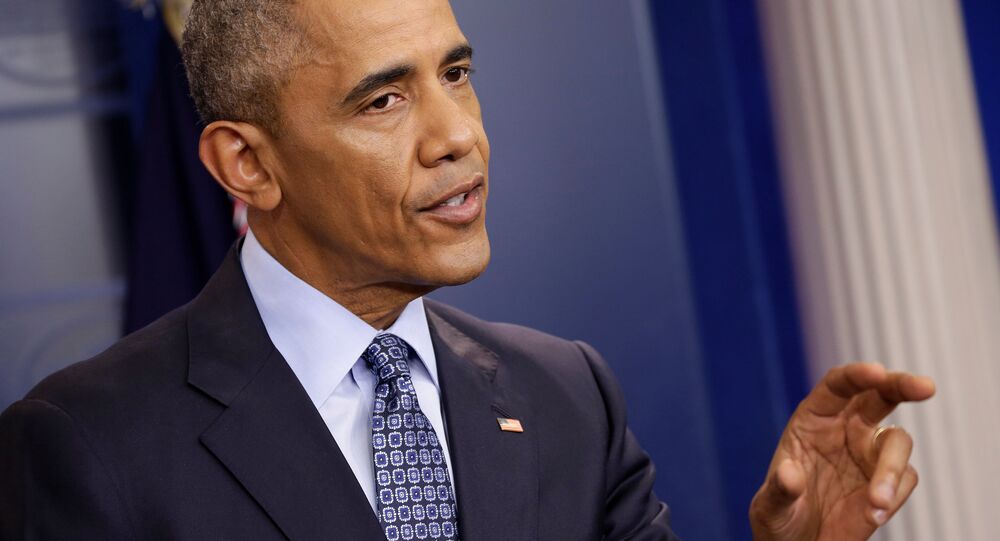 MOSCOW (Sputnik) — On Sunday, the Sunday Times newspaper reported that in June 2016, one of the Trident missiles went in a wrong direction toward the United States during a test few weeks before the UK parliament voted in favor of a long-debated modernization of Trident system, which was criticized over its cost.

"It was the Obama administration that asked the Cameron administration not to comment on this. The US administration may have been worried that there could be similar problems on other missiles. The British submarine successfully carried and launched the missile; the bit that went wrong was the US proprietary technology," the source was quoted as saying by The Times newspaper.

During an interview with BBC broadcaster on the same day, UK Prime Minister Theresa May refused to say whether she was aware of the misfire, though on Monday, a Downing Street spokesperson told the Mirror newspaper that May had been informed about the incident after assuming the office and before the July 19 House of Commons vote to approve the renewal of the nuclear weapons system.

The UK opposition criticized the government's decision to hide the information about the test failure, since it could have had an effect on the voting procedure concerning the Trident modernization. The opposition asked May and Defense Secretary Michael Fallon to provide full explanation on the matter.

Fallon assured the parliament on Monday, that the capability and the effectiveness of the United Kingdom’s independent nuclear deterrent was not in doubt.

Trident is a nuclear missile system used by the UK submarines since the 1990s. The system has been criticized over its cost. The total estimated cost is 167 billion pounds ($244 billion) over the 32-year lifespan of the system, between 2028 and 2060, according to the International Monetary Fund. Conservative supporters of the Trident renewal point out that over 30,000 jobs are dependent on the Trident fleet.