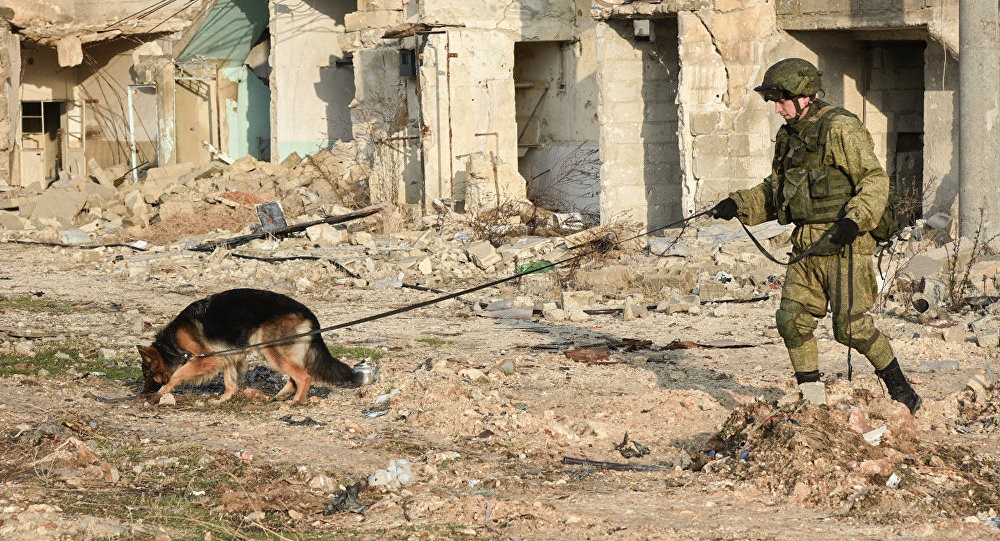 The Russian Defense Ministry’s Center for Syrian reconciliation said that Russian field engineers demined an area of 69.8 hectares in eastern part of the northern Syrian city of Aleppo within last 24 hours. 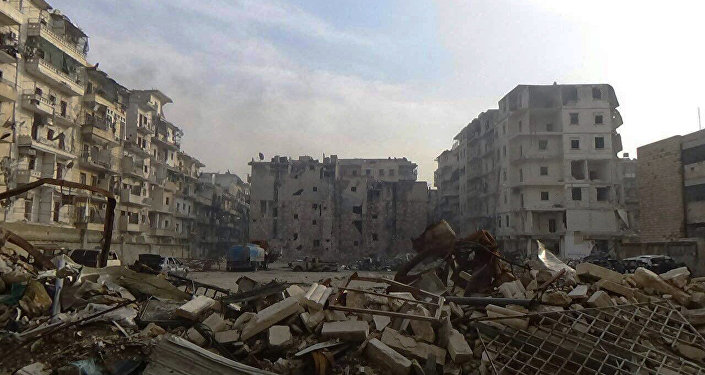 © Sputnik / Mohamad Maruf
Russian Sappers Demine Over 2,000 Acres in Aleppo Since December 5
MOSCOW (Sputnik) – Russian field engineers demined an area of 69.8 hectares in eastern part of the northern Syrian city of Aleppo within last 24 hours, the Russian Defense Ministry’s Center for Syrian reconciliation said on Tuesday in a statement.

“Russian servicemen from the International Mine Action Center are continuing humanitarian demining of houses, streets and socially critical facilities in eastern Aleppo. Within last 24 hours Russian field engineers demined the area of over 69.8 hectares, 68 buildings and 11.3 kilometers [over 7 miles] of roads, defused 686 explosion hazardous objects including 479 improvised explosive devices,” the statement said.

The reconciliation center continues to provide Syrians with humanitarian aid – on Monday, residents of Aleppo got 4.4 metric tons of aid including nutrition products, schools kits and necessities.

According to the statement, posts with hot meal and necessities for civilians from eastern parts of Aleppo continue their work.

Syria's civil war between government forces and a wide range of insurgents, including opposition groups and terrorists, such as Islamic State (IS, also known as Daesh) and Jabhat Fatah al Sham (also known as the Nusra Front, or Jabhat al-Nusra), both outlawed in Russia, has raged for some five years and has claimed hundreds of thousands of lives.

A nationwide ceasefire between Syrian government troops and several opposition factions came into being at midnight local time on December 30 (22:00 GMT on December 29). Russia, Turkey and Iran serve as guarantors of the deal which paves the way for negotiations between the warring parties.