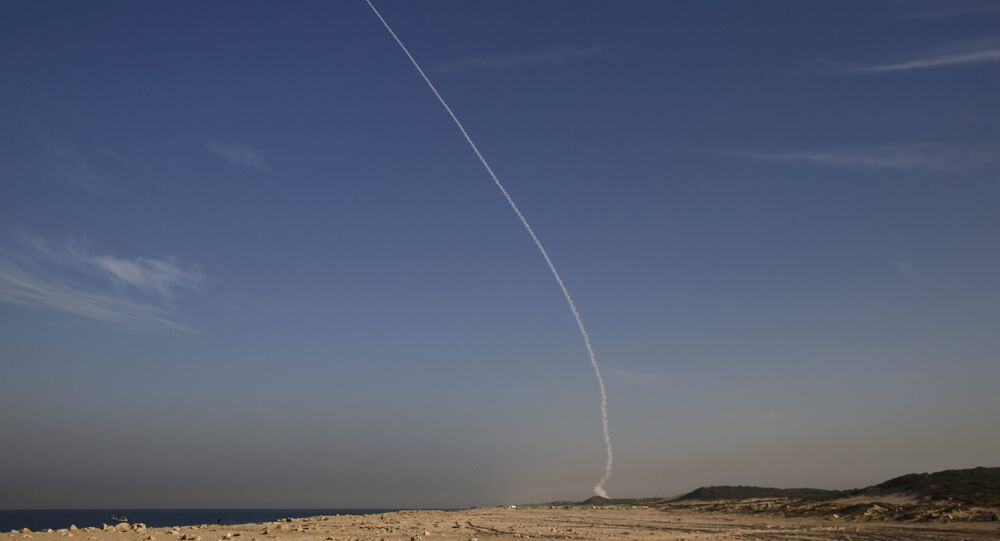 Arrow-3, a missile-defense system capable of destroying targets in space, codeveloped by Israel Aerospace Industries and Boeing, has officially entered service, according to Jerusalem.

"Arrow-3 is the result of many years of development efforts, based on a solution designed by Israeli Aerospace Industries, which have today come to fruition," said Boaz Levi, Israel Aerospace Industries vice president and general manager of the Systems, Missiles & Space Group. "This is a milestone for the Israel's Defense Establishment, and for Israel's defense industries."

Arrow-3 will complement its lower-range predecessor, Arrow-2, and a short-range missile-defense system known as the Iron Dome. The new missile has half the weight of an Arrow-2, and, according to Israeli newspaper Haaretz, offers users better "control and monitoring abilities while also expanding radar detection range."

Arrow-3 is reported as being able to destroy targets as high as 62 miles, the boundary of outer space, also known as the Karman line. When the missile reaches a desired altitude, its warhead splits into individual ‘kamikaze satellites' that can track and destroy targets, including long-range and intercontinental missiles. If an Arrow-3 fails, the shorter-range and lower-altitude Arrow-2 will serve as a backup. However, it is unclear whether Arrow-3 can actually hit a satellite, since ‘low orbit' begins at the altitude of about 100 miles.

According to public data, since 2008, the United States has contributed almost $600 million to the development of the Arrow-3. In September 2016, the US and Israel signed a 10-year military-aid deal assuring Israel $5 billion in missile-defense funding from fiscal year 2019 through fiscal year 2028, according to Defense News.