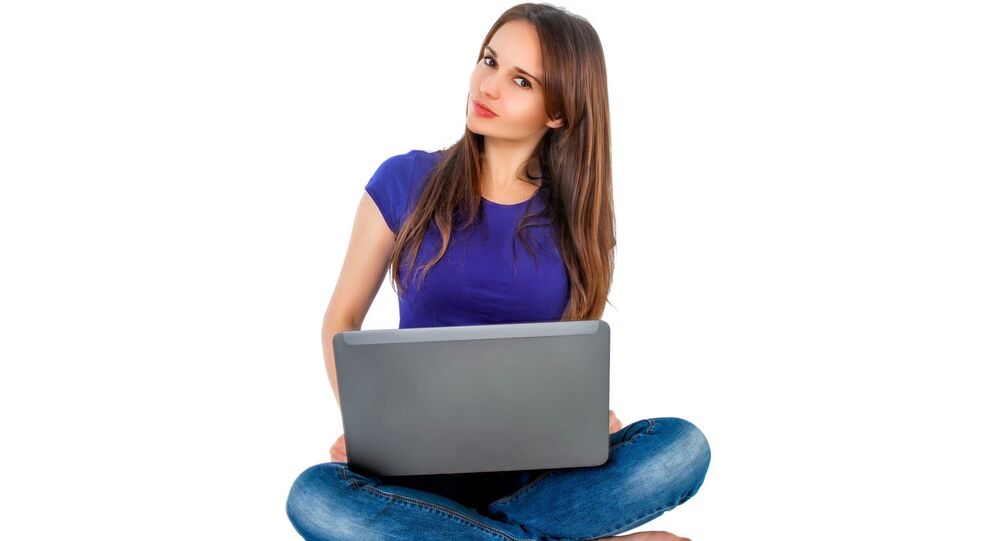 Teenage girls from across the UK are being invited by GCHQ, the organization that defends government systems from cyberthreats, to pit their tech skills against each other in a competition to find the best and brightest candidates to protect the nation from future cyberattacks.

© AFP 2020 / Leon Neal
James Bond Should Quit Smoking and Martinis if He Wants to 'Die Another Day'
The CyberFirst Girls Competition, which was set up by the UK Government Communications Headquarters's (GCHQ) new National Cyber Security Centre (NCSC), claims to be an important step to knock down barriers preventing women from joining the fight against cybercrime.

Statistics released by CyberFirst state that only 10 percent of the global cyber workforce is female and according to GCHQ that means that millions of women are missing out in a career they could excel in.

Girls aged 13-15 can enter the competition in teams of four, with a teacher who will act as a guardian and mentor.

With only 10% of the cyber workforce being female, we are launching a competition for girls aged 13-15 https://t.co/wfpkF0FQw5 #cyberfirst pic.twitter.com/pzdSwmArDL

​The pupils will be put through a series of challenges to test their cybersecurity skills against young women from all over the country, with the top 10 teams progressing to a national final in London in March 2017.

GCHQ Director Robert Hannigan, said that the prospect of having women work to help protect the UK from online threats would be brilliant and something they welcome.

"The CyberFirst Girls Competition allows teams of young women a glimpse of this exciting world and provides a great opportunity to use new skills," Robert Hannigan said in an online statement.

The winner of the contest will receive IT equipment to the value of US$1,000 for their school.

"It's great to see GCHQ encouraging more young women and girls into cybersecurity. It's a fantastic field to work in: it moves fast, is challenging, interesting and there are lots of opportunities. It would be great to see more gender diversity in the field: primarily to bring in more talent, but also to represent different backgrounds and worldviews," Dr. Jessica Barker, an independent consultant and UK-based public speaker, specializing in the human side of cybersecurity told Sputnik.

Only 10% of the global cyber workforce are women. We want to change this #CyberFirst https://t.co/InhQSdtIli pic.twitter.com/1ADE9BzmiV

This is not the first time that GCHQ has actively sought to recruit more women. In 2016, the UK intelligence and security agency said they were recruiting more female staff and planned to target middle-aged and "mid-career" women for jobs.

GCHQ, as well as UK's foreign Secret Intelligence Service MI6, advertised on the Mumsnet website for the first time in 2016, whilst the domestic intelligence service MI5 has raised its target for women employees to 45 percent by 2021.