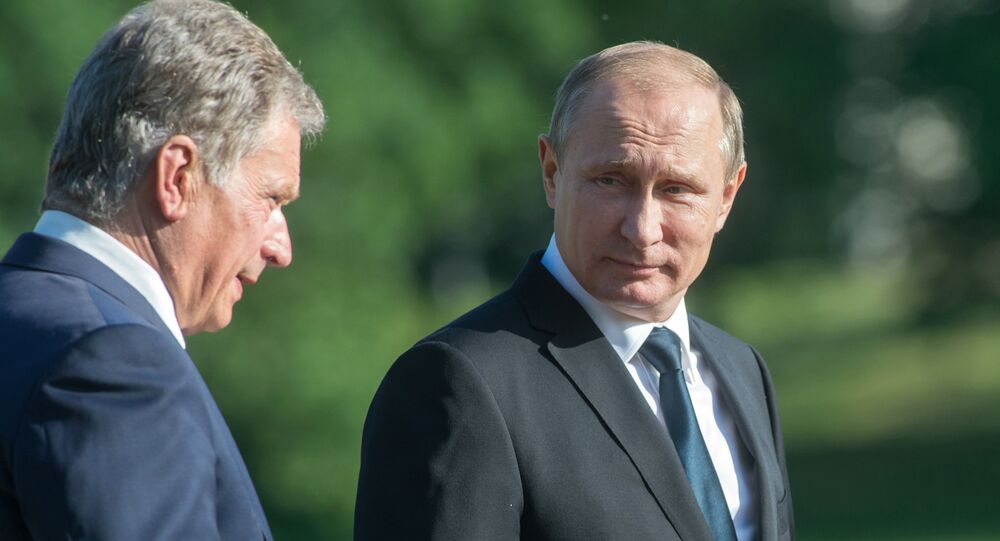 Whereas Nordic leaders have been panic-stricken by the erroneous belief that Russia was about to hack its way into Scandinavian elections to influence their outcome in its favor, Finnish President Sauli Niinistö brushed it aside as "highly unlikely."

© Photo : Pixabay
Fake Threats Lead to Real Military Budget Hikes in Sweden
According to Niinistö, Russia is hardly interested in interfering in next year's presidential election in Finland, scheduled for January 28, 2018, and trying to tilt the outcome in its favor.

"I find the idea far-fetched. I can't imagine why Russia would show that kind of interest, frankly. We also have a good stock of common sense in our population that would work to foil something like that," Sauli Niinistö told Finnish national broadcaster Yle, once again refusing to say whether he will be running for re-election.

Sauli Niinistö also stressed the importance of maintaining a working relation with Russia and voiced plans to meet his Russian counterpart President Vladimir Putin twice over the course of the year. One of the meetings is to take place in Finland, the other in Russia. By Niinistö's admission, Putin's visit is likely to happen in the summer.

"At the moment, I do not see any immediate threat to Finland's election from Russia or any other external power, but the situation can change quickly," Jarno Limnell told Finnish daily Hufvudstadsbladet.

Limnell also called for some restraint in the Finnish security debate, which may increase fellow Finns' anxiety using false alarms.

"In general, I would call for some moderation in the security debate in Finland to avoid creating an unnecessary atmosphere of insecurity," Limnell told Hufvudstadsbladet.

"We have good relations and an acceptable level of trust with Russia. Given that, there is no reasonable need for any interference," Sirkka-Liisa Anttila said, as quoted by Finnish daily Helsingin Sanomat.

© Flickr / Bruno Jargot
From Opponent to Supporter: Norway on Its Way to NATO Missile Defense
However, Katri Pynnöniemi from the Finnish Foreign Policy Institute expressed surprise at the president's statement. According to her, Russia and its predecessor, the Soviet Union, have been all but uninterested in the Finnish elections and ventured that the situation has hardly changed since. According to Pynnöniemi, the President of Finland has a strong stance in foreign policy, including relations with Russia, which only fuels the Russian interest.

"Another question is what Russia's best way to promote its own interests in this a particular situation: Is it interfering in Finland's presidential election?" Katri Pynnöniemi asked rhetorically.