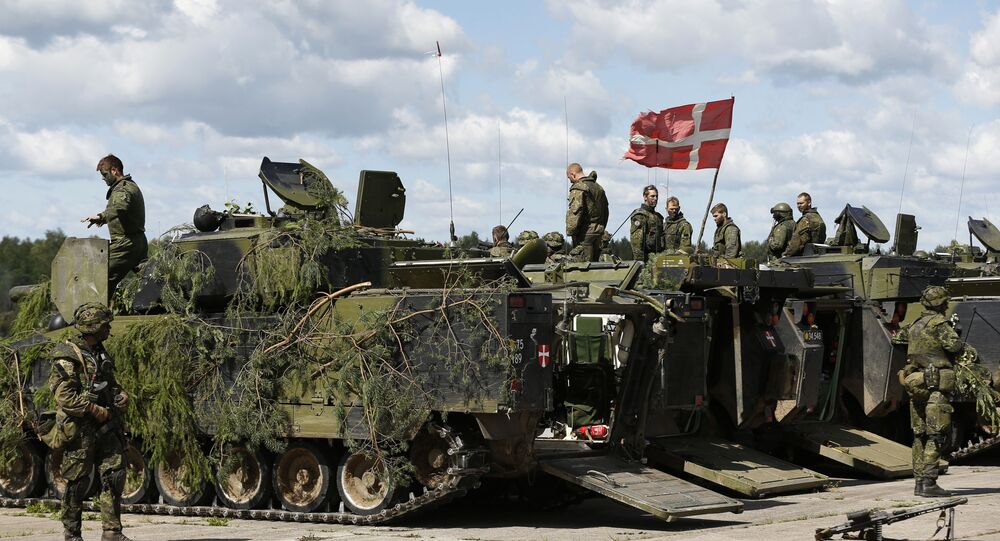 © Photo : PIxabay
Serious Hazards: Solo Terrorism and Cyberattacks Top Danish Security Concerns
By his own admission to Danish daily Berlingske, Defense Minister Claus Hjort Frederiksen of the Liberal Party was primarily concerned about a double threat from Russia, which featured both physical and virtual dangers.

The "physical" threat implied Russian Iskander missiles in Kaliningrad Region, which could potentially reach the Danish capital city of Copenhagen. Regards the virtual dangers, Hjort Frederiksen claimed Denmark to be a likely target to threats stemming from Russian state-sponsored groups. According to Hjort Frederiksen, Denmark could face a "coordinated online effort" by Russia in an attempt to influence the democratic process in Denmark. Needless to say, Hjort Frederiksen cited Russian hackers' "disruption" of the US election, which ended in a way undesired for Denmark.

However, Hjort Frederiksen went beyond the stock rhetoric and suggested that state-supported Russian hacker groups were ready to attack Danish hospitals and cripple infrastructure and electrical supplies, thus "wreaking chaos" and "spreading fear and insecurity among the Danish population."

© Wikipedia / Thron Ullberg
Dissenting Swedish Journalist Gets Lambasted for 'Spreading Russian Propaganda'
Hjort Frederiksen was in part reacting to the national risk assessment report issued by the Danish Defence Intelligence Service, which identified cyber threats as one of foremost threats against the Danish state. However, he also claimed himself to be alarmed by recent conversations he had with top Danish military officials, the outgoing American Secretary of Defense, as well as a number of foreign ambassadors.

In the wake of the "imminent" Russian threat, Hjort Frederiksen called for an immediate upgrade of the Danish military, especially considering US President-elect Donald Trump's statements, according to which NATO member states must live up to the alliance's spending requirements if they want to rely on the US for protection.

"You have to be hysterical to call it a real threat. Russia is only equal with the West in relation to nuclear weapons and only there," Marie Krarup told Berlingske.

© Flickr / Sunny Ripert
In US Footsteps: Sweden Claims Sputnik to Influence Elections, Presents Evidence-Free Report
Denmark's Social Democratic Party was also skeptical about the military budget hike and called on their colleagues to keep their composure.

"Militarily-wise, Russia is nowhere near being able to handle an attack against NATO. I doubt that the Red Army [sic] really is on its way across the Baltic Sea. We must not increase the defense budget just for the sake of increasing," Social Democrats military spokesman Henrik Dam Kristensen told Berlingske.

© AFP 2021 / Jens Nørgaard Larsen / SCANPIX DENMARK
Fear the Worst: Nordic Economies Ready for Crash Landing After Trump Victory
At present Denmark only uses 1.17 percent of its GDP on defense, which is well below NATO's spending target of 2 percent. Hjort Frederiksen, formerly Denmark's Minister of Finance, admitted himself that the goal of almost doubling the defense expenditure was "unrealistic," yet nonetheless called for an understanding for future hikes among fellow Danes.