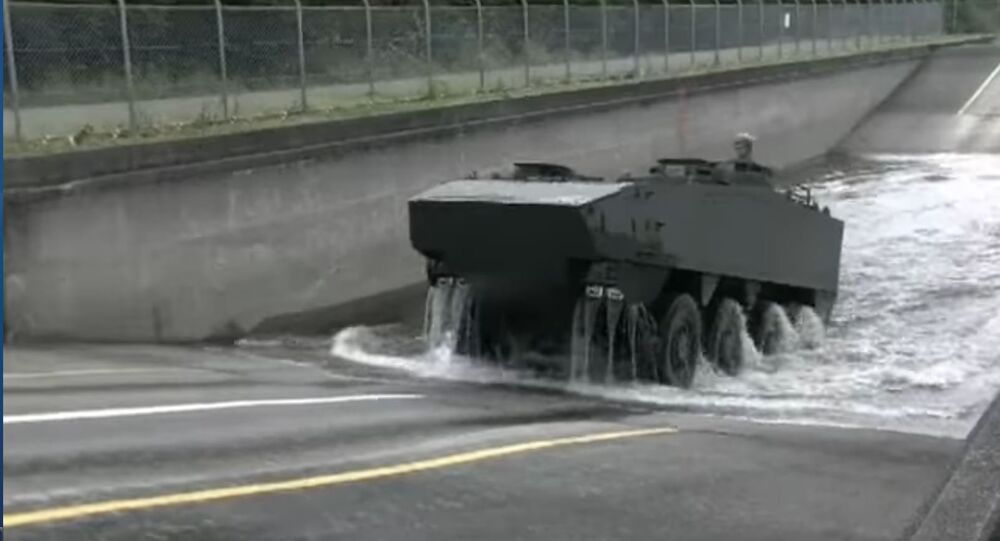 Japan has lifted the curtain on a prototype of an eight-wheeled armored personnel carrier (APC) for its fleet of military vehicles.

The Japan Ground Self-Defense Force (JGSDF) expects the Wheeled Armored Vehicle to replace the group’s Type 96, in use since 1996. The Type 96 features a.50 caliber M-2HB machine gun and a 40 mm grenade launcher. Komatsu Limited showcased the new 8.4 m, 20-ton troop carrier on Tuesday, according to Japan’s Acquisition, Technology & Logistics Agency.

Notably, the JGSDF is upgrading the APCs exterior shell to withstand stronger explosives. A larger engine for greater speed and other improvements are in the works. The vehicle is capable of transporting 11 troops propelled by a 500-horsepower engine topping out at around 60 mph on paved surfaces.

Japan devoted approximately $41 million to develop the new APC. Trials will continue until 2019, according to the Ministry of Defense. Some analysts suspect that Japan will deploy the APC for "counter island invasion," possibly for the East China Sea in the event that a dispute emerges between Tokyo and Beijing.
...
Reddit
Google+
Blogger
Pinterest
StumbleUpon
Telegram
WhatsApp
1221