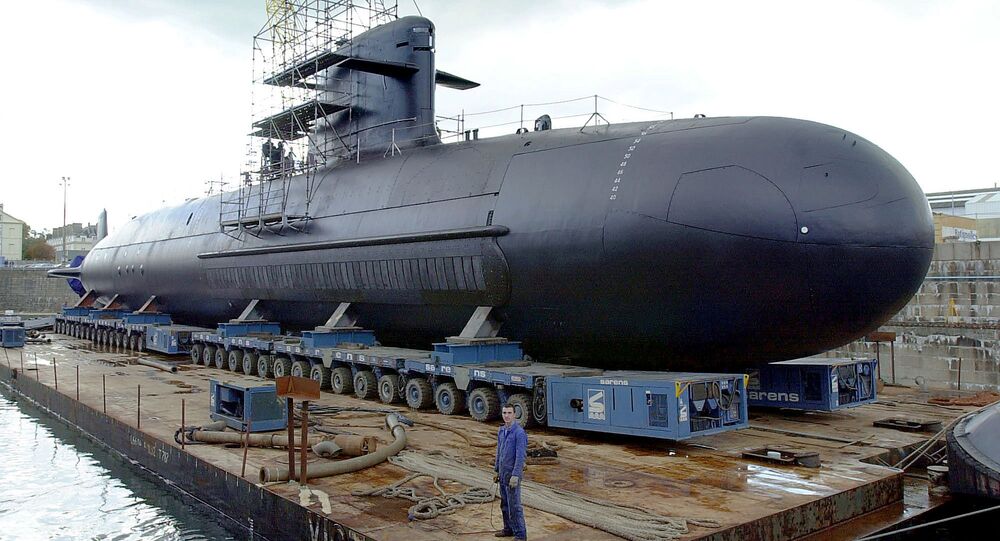 India has opted for operations over prudence in launching its second French-origin submarine despite a leak of its primary data. The question is can it trust DCNS in future if the data leak happened at its end?

© AP Photo / Rajanish Kakade
Scorpene Data Leak: India-France Joint Group to Consider Changes
New Delhi (Sputnik) — The Indian Navy has launched Khanderi, the second Scorpene class stealth submarine, amid reports of most of the primary data having been compromised last August. The submarine's launch paves the way for sea trials and it is expected to be delivered to the Navy by the year end.

The construction of six Scorpene submarines is progressing at Mazagon Dock Limited (MDL), under Project 75 with transfer of technology from the French shipbuilders DCNS.

The first o submarine, Kalvari is undergoing sea trials and may be commissioned by mid-2017 sans the primary weapon — the Black Shark torpedo- because it is manufactured by a firm that has been blacklisted due to corruption charges against another group company involved in the controversial VVIP chopper deal.

"Indian Navy celebrates the Golden Jubilee of the submarine arm in 2017. The induction of Project 75 submarines would mark the beginning of a new chapter in our submarine capabilities," Admiral Sunil Lanba said during his address at inaugural function.

© Photo : Youtube/DefenseNewsX
India to Test Nuclear-Capable Submarine-Launched Ballistic Missile
India' Minister of State for Defense Subhash Bhamre termed Project 75 Kalvari as a key milestone in self-reliance and indigenization for the country. However, Bhamre and the navy chief opted to remain tightlipped over concerns raised by naval experts over the leak of 22,400 pages of primary data last August.

A high level committee set up by Indian Navy to probe the data leak had not submitted its formal report. But the primary findings say the leaked information is generic information rather than critical parameters of the submarines under construction at MDL. Nevertheless, Indian Navy chief Admiral Sunil Lanba wants India and France to set up a joint committee to consider changes if any.

@SpokespersonMoD @makeinindia Khanderi….Second of the Project 75 Scorpene Submarines all set for launch pic.twitter.com/QCILv98hNX

"There are two aspects of this proposed joint committee probe. First, regardless of what was leaked out, how did the leak happen? Did it happen from Indian side? The navy says it is certain it did not happenfrom our end; even if it did happen from DCNS' side, how did it happen? How was DCNS so lax? If it did happen from the DCNS side, there is a trust issue. The navy cannot trust DCNS in future. Secondly, whatever information leaked, how much will it impact Navy's operation? On that question, the navy has not said much, although we still trying to assess," says former naval officer Abhijit Singh.

India's Project 75 program is four years behind schedule whereas China has helped enhance the maritime capacity of Pakistan and Bangladesh. Due to a more exploratory China in the neighbourhood, the Indian Navy has been forced to revamp its 15-year-plan to counter China in Indian Ocean region. It currently operates only 13 conventionally powered submarines and one nuclear submarine.