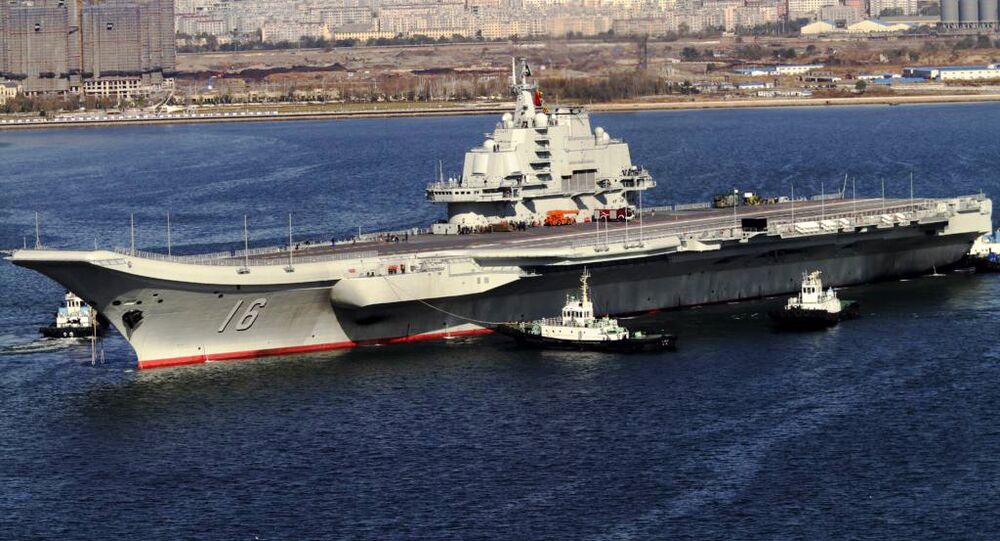 The Chinese military’s combat capability has significantly grown in the past decade. At present, China’s second aircraft carrier is under construction.

According to military expert Liang Fang, the Chinese navy is expected to build its third aircraft carrier battle group in the near future and that would be capable of safeguarding territorial sovereignty and maritime rights, Chinese People’s Daily newspaper reported.

Liang further noted that “China is developing its aircraft carrier technology to defend national interests rather than to seek hegemony,” the publication reported.

Around the same time, reports came in stating that the USS Carl Vinson, a nuclear-powered American aircraft carrier, would deploy from San Diego, California to the Western Pacific region.

As tension between two powers rise there is a lot of debate ongoing regarding the capabilities of both the navies.

The military expert Liang Fang said that although the Chinese aircraft carrier battle group is not comparable with its US counterpart in tonnage or number of aircraft, it nevertheless boasts stamina and a bright future.

“From the perspective of future development, the US military clearly lacks stamina and the country's insufficient military spending is proof of that,” Liang told People’s Daily.

In addition, frequent problems with US Navy Super Hornet, F-35C and other carrier-borne fighters have seriously hindered the aircraft carriers’ combat capability.

In contrast, the Chinese military’s combat capability has grown tremendously in the past decade and continues to grow.