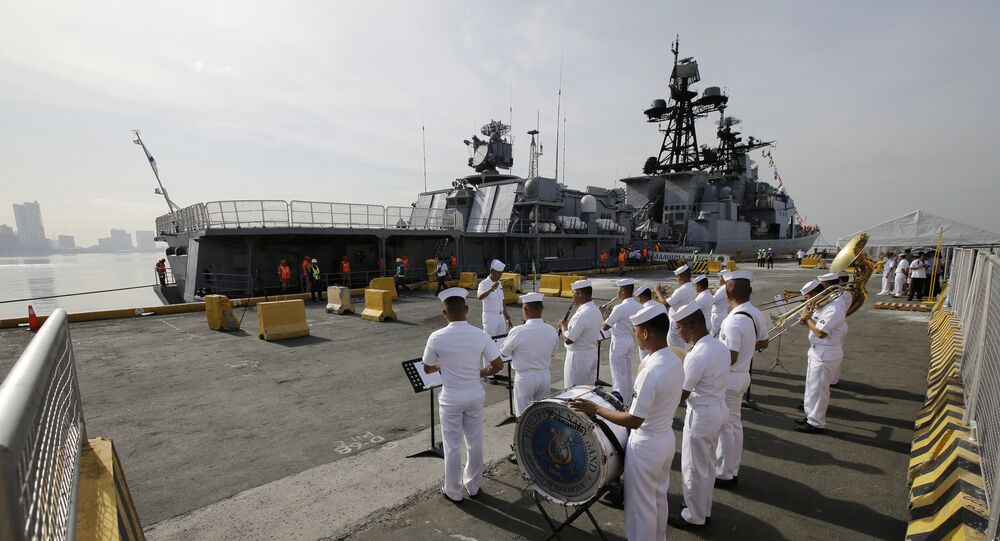 Philippine leader Rodrigo Duterte said through his spokesman that he is open to joint drills with Russia.

"The president has said that he is open to joint military exercises with Russia, the goodwill visit by the Russian Navy will contribute to the strengthening of friendship with the Philippine navy, it also is an indication of our maritime cooperation can further be enhanced by naval diplomacy and camaraderie," Abella said at a press briefing.

On Tuesday, Russia's Admiral Tributs anti-submarine destroyer and Boris Butoma sea tanker arrived in the Philippines for a four-day visit. During the press conference dedicated to the visit, Rear Adm. Eduard Mikhailov said that the Russian and Philippine governments would negotiate potential bilateral navy drills soon.

In October, Duterte announced his country could build a defense and economic alliance with Russia and China.

On November 20, the Philippine president said he planned to send defense and foreign ministers to prepare for his visit to Russia at the invitation of Russian President Vladimir Putin. Duterte is expected to visit Moscow later this year to hold talks on a wide range of agreements from weapons to communications.