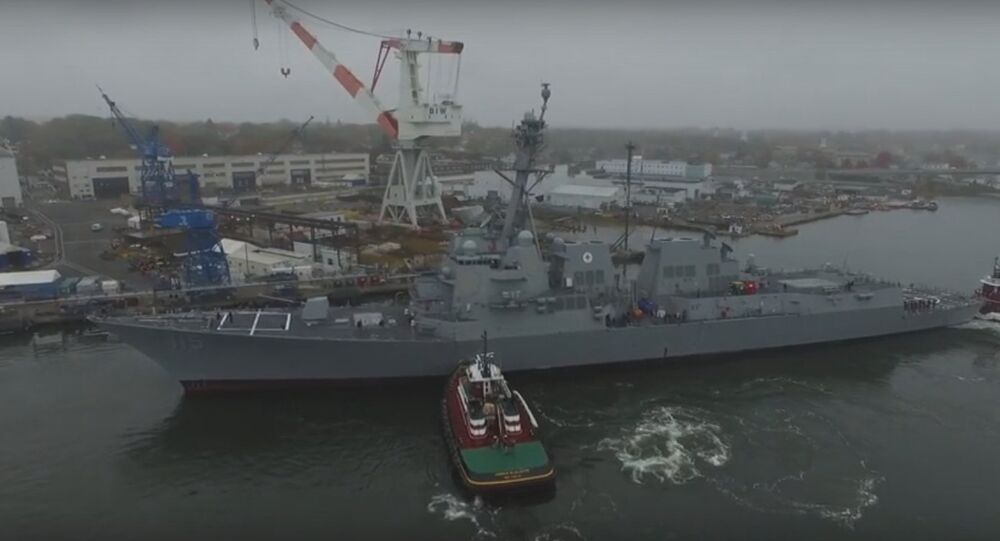 The latest DDG-51 Arleigh Burke-class Aegis missile system destroyer Rafael Peralta has passed its acceptance tests and is now about to join the operational fleet of the US Navy, defense contractor General Dynamics said in a press release.

© REUTERS / File Photo
USS Mason Destroyer Defends French Aircraft Carrier in Mediterranean
WASHINGTON (Sputnik) — The US Navy will take delivery of the destroyer in February and the ship will depart Bath later this spring. She joins the other 34 active Bath-built DDG 51 Arleigh Burke-class warships in active service, the release stated on Wednesday.

There are currently three other DDG 51 Arleigh Burke class destroyers in production at Bath Iron Works: the Thomas Hudner, the Daniel Inouye and the Carl M. Levin, according to the release.