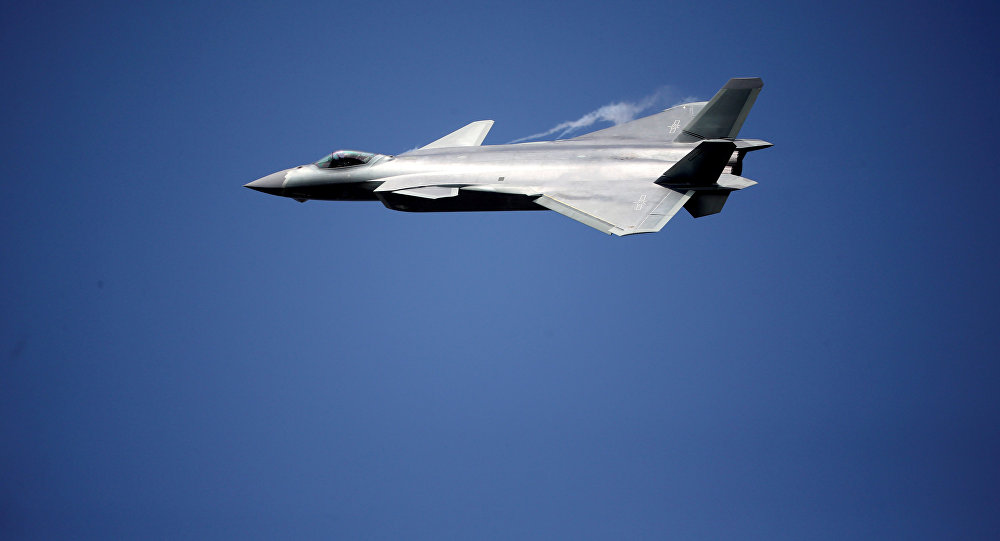 By all accounts, 2016 was a busy year for China's defense industry as the country continued to carry out its major program aimed at modernizing the People's Liberation Army. In an interview with Sputnik, Russian military expert Vasily Kashin provided a detailed overview of Beijing's military efforts, including its most complex ongoing project.

"In 2016, first fifth-generation J-20 fighter jets were transferred to the People's Liberation Army Air Force," he said. "This is currently the riskiest and the most technically complex project for the Chinese industry as is evidenced by America's experience in testing and phasing in fifth-generation fighter jets."

The Chengdu J-20 is a stealth, twinjet, fifth-generation fighter aircraft developed by China's Chengdu Aerospace Corporation for the People's Liberation Army Air Force. It has been in service since 2016.

© Photo : Youtube/arronlee33
China Prepares Secretive H-20 Strategic Stealth Bomber
The analyst added that it is hard to say when some of the J-20 aircraft will become combat ready, but added that the J-20 program appears to be proceeding as planned.

"Combat units of the People's Liberation Army Air Force are likely to adopt the J-20 faster than the fighting units of the Russian Airspace Forces. At the same time one must understand that 4++ generation fighter aircraft will form the backbone of China's and Russia's offensive airpower for many years to come," he said.

Kashin mentioned that the J-31 was considered to be a less risky project than the J-20, but its development slowed down in 2016. In the meantime, China continued to mass-produce the Chengdu J-10, a lightweight multirole fighter aircraft, and conducted successful tests of the Shenyang J-11D jet fighter. The analyst referred to the latter as the best Chinese aircraft built on the Su-27 platform, adding that the plane is close to entering mass production.

"Military transport aviation received two new types of planes, the large [Xian] Y-20 transport aircraft and the medium-sized [Shaanxi] Y-9. The fact that China produced its first heavy airlifter is a very significant breakthrough for the country. China has become the third country in the world (along with Russia and the United States) capable of producing this type of planes," the analyst explained.

In 2016, China continued to mass-produce the Type 052D guided missile destroyers. The country is expected to have at least 14 Type 052D destroyers in its arsenal. Beijing was also working on two aircraft carriers in addition to the one already in service with the People's Liberation Army Navy. One of the two indigenous aircraft carriers is expected to be commissioned "in the near future," the analyst said.

"Upgrading the technical base of the Armed Forces, particularly, PLAN and PLAAF, will become a major part of the efforts aimed at reforming the Chinese military in 2017," Kashin said.

The Sound of Silence: Chinese Subs to Become Superstealth