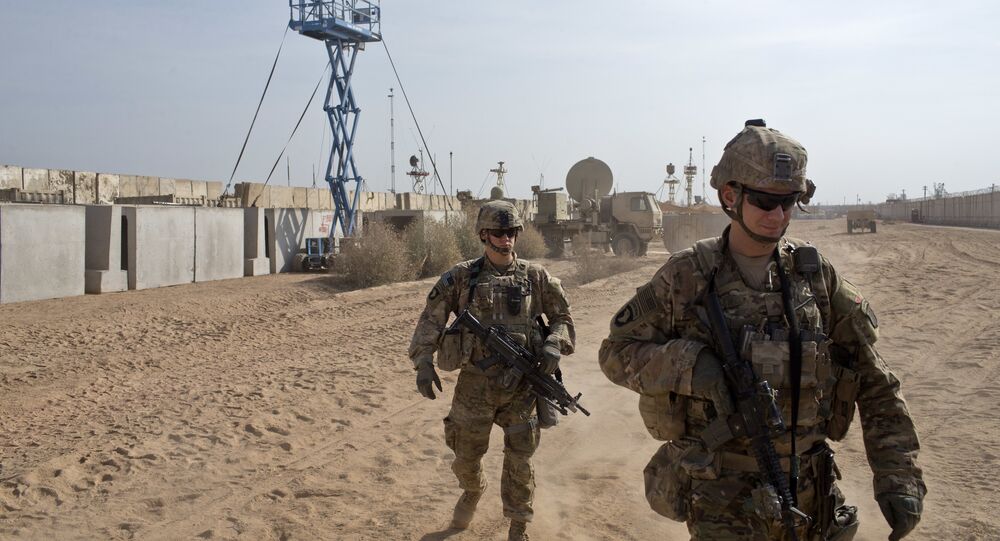 It will take two more years of hard work to clear Daesh from its strongholds in Mosul and Raqqa and kill or capture those who attempt to escape into the desert between Syria and Iraq, the US commander in Iraq says.

Speaking with The Daily Beast in Baghdad, Lieutenant General Stephen Townsend said the ongoing campaign, though it is proceeding slowly, is unfolding about as well as can be expected.

When the Mosul offensive was launched in October, some Iraqi officials said they hoped to have the city cleared by the end of the year, while more "conservative" voices said it would take at least three to four months of street to street fighting. However, with US officials estimating last year that the fight oust Daesh would take three years, Townsend's schedule remains roughly on track.

Townsend refused to put an exact timeline on the battle, but he did stress the time Daesh has had to dig in, as well as the brutality of the tactics US troops and their coalition partners are faced with.

"A fighter walking out of a building will hold a child over his head so we can see him… until he reaches another building," he said.

The realities of battle are also catching up to all involved. Iraqi forces, despite assuring the media that the Mosul assault would not stop, have had to pause over the past week to resupply and take stock of the fight, in which Townsend reports they are sometimes seeing casualty rates as high as 30%.

"People need to rest. They need to assess how things are going because they are not going as fast as we thought," he told The Daily Beast.

Townsend also had rare praise for some of the more controversial members of the coalition of Iraqi forces. A new Iraqi law will this week legalize the militia forces — some of which have been accused of war crimes in past fights — involved in the Mosul battle.

Despite their origins, Townsend says the militias have in this campaign been "remarkably disciplined" allies. The mostly-Shiite Popular Mobilization Forces (PMF) have made great progress in their fight in Tel Afar, west of Mosul, he said.

"The PMF did advance more rapidly than we expected and they've done a good job," he said.

The PMF and other militia groups will now be taken under the umbrella of all Iraq's armed forces and be subject to Iraq's military regulations.

"Their internal and external comms are to keep disciplined and follow the orders of the government," he said. "They're saying that and that's what we're seeing," Townsend said.

He also said the US government would try to help "shape" the new law, which the Daily Best reports is so far short and vaguely written. The fear is that the newly legal forces could become a puppet of Iran.

Meanwhile, Iraq's Joint Military Command reports that 97 militants were killed December 25 in three separate incidents in eastern and southern Mosul. Airstrikes took out 25, and 21 were killed by car bombs laid by Iraqi forces.

PMF forces reported that 300 Daesh fighters were killed southwest of the city.