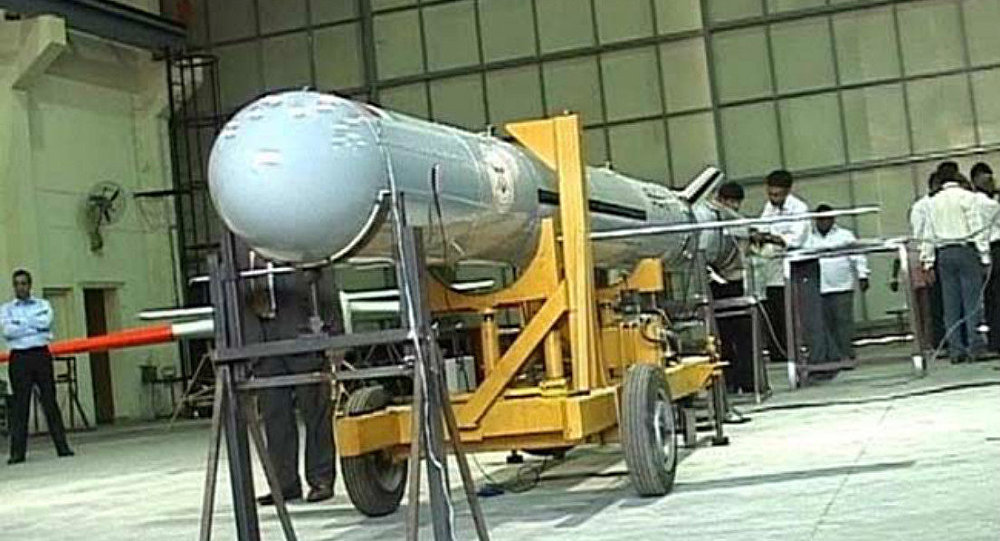 India’s missile test failure contrasts with Pakistan’s successful test firing of an enhanced version of Babur cruise missile. Now that the missile hasn’t been developed after a decade, is it better to import technology so that a counter to Pakistan’s Babur becomes a reality soon?

India is struggling to find its own technology to develop a supersonic or subsonic cruise missile. Since, India became a member of the Missile Technology Control Regime (MTCR), it can notionally import the technology.

"Being a member of MTCR, India can import supersonic or subsonic hardware technology but we have to keep in mind that Nirbhay is being developed to deliver nuclear warheads so other regulations come into play as well. So, it is better for us to develop own technology rather than importing because it will provide us long term benefits," says Rajiv Nayan, missile technology expert at Institute of Defense and Security Analyses in New Delhi.

© AP Photo /
India Successfully Tests Nuclear-Capable Agni-I Missile
This was the fourth mission of the Nirbhaya of which three have failed. The last flight test was conducted in October 2015. India had sanctioned the project in 2010 with plans to complete it in three years. Later, the Government extended the date of completion and also approved extra funding for the project.

"Indian scientists had started the supersonic or subsonic development projects from scratch. Failure is part and parcel of R & D projects until and unless you already possess a developed subsystem. We faced similar difficulties during the Agni project as well. American scientists also faced similar difficulties during the development of the next generation fighter aircraft F-35. It is because media is more vigilant these days, such failures are hyped but there are rarely any projects that do not stumble upon glitches in one or the other phase of development," Nayan added.

Nirbhaya, designed and developed by the Defence Research and Development Organization, can take out targets 1,000 km away with a 300 kg warhead.