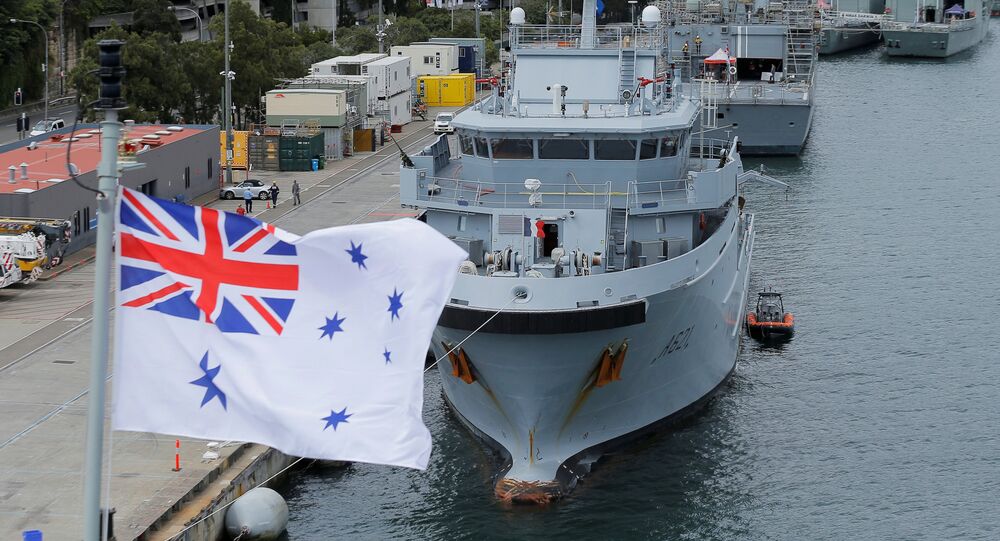 France and Australia have signed a multibillion dollar deal for the construction of 12 cutting-edge diesel-electric powered submarines. The deal has been branded the "defense contract of the century" by French officials.

The US$36.3 billion deal is one of the world's largest defense contracts.

The new submarines will be part of Australia's new defense strategy in the Asia-Pacific region.

It's a part of the world fraught with tensions, particularity over China's land-reclamation program in the South China Sea.

Parts of the waters there are disputed by several countries, including China, Taiwan, Indonesia, the Philippines and Vietnam. At stake are geographic points of strategic value, extremely lucrative trade routes and suspected oil reserves. And Australia is right in the thick of it.

Although it doesn't lay any claim to the South China Sea itself, China is Australia's biggest trading partner.

On the other hand, diplomatically, Australia supports the United States in opposing China's territorial claims.

Australia has already drawn criticism from China for running surveillance flights over disputed islands and supporting US freedom of navigation exercises there.

In September 2016, China urged Australia to "speak and act cautiously" on the issue.

However, throwing caution to the wind, a month later, the Australian government announced that it was considering joint naval patrols with Indonesia through contested areas. The purpose: to demonstrate Australia's "support for peace and stability in the region."

It's expected that Australia's newly contracted French submarines will be deployed in the Asia-Pacific once completed.

Under the contract, French industrial shipbuilder DNCS will set up a branch in Adelaide, in the south of Australia.

They will build 12 'Shortfin Barracuda' submarines, so named after a predatory fish found in Australian waters. Weighing in at 4,500-tons, the diesel-electric vessels will have a pump jet-propulsion system that will offer quieter traveling and so more stealth capabilities than the original DNCS French Barracudas.

Australian and French defense ministers, Marice Pyne and Jean-Yves Le Drian, have both insisted that they are committed to keeping the exact details of the current contract top-secret.

It comes after data on DNCS's previous deal with India, to build Scorpene submarines, were leaked.