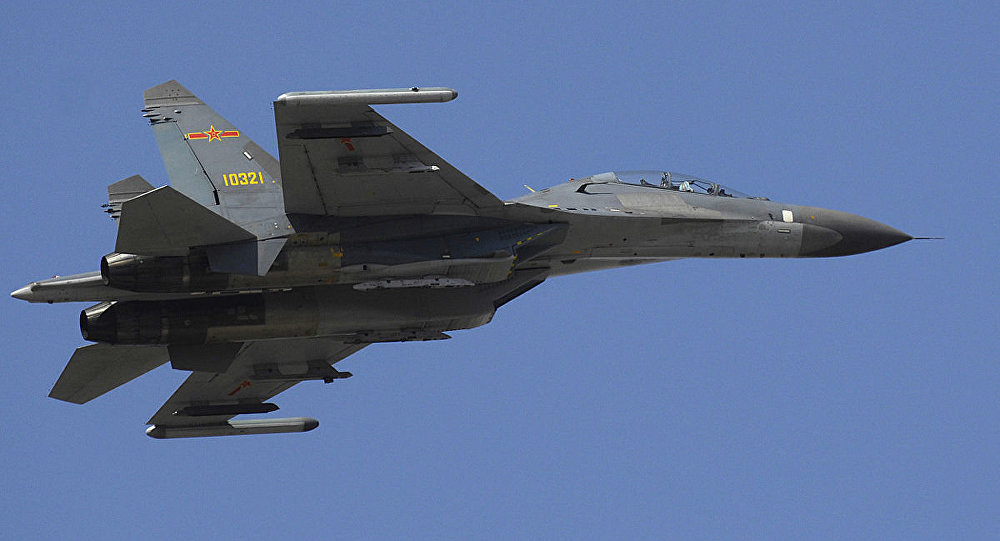 It appears that despite its impressive technical characteristics and capabilities, the new Chinese J-11D jet cannot be considered a true analogue of the super-maneuverable Russian Su-35 multirole fighter.

The newspaper proudly announced that China now no longer depends on Russian aircraft engines and is about to begin mass production of the J-11D jet fighter, touted as the "Chinese version of the Su-35S."

However, Russian military analyst Vasily Kashin told Sputnik China that not all of the data reported by the newspaper is accurate, to put it mildly.

First things first, Kashin explained, it’s way too early to conclude whether China no longer needs to purchase Russian-made aircraft engines, given the fact that several contracts for purchasing aircraft engines were signed by Beijing and Moscow not so long ago, in autumn 2016.

"China signed a contract to purchase a shipment of D-30KP2 engines for Y-20 transport aircraft, along with a contract for new AL-31F engines for Chinese fighter jets; each contract is worth $658 million. It is unclear exactly which type of fighters they want to outfit with these engines: it could be both J-20 and J-16 aircraft. In any case, while China’s industrial sector has made considerable strides in providing an adequate supply of engines to the nation’s air forces, Beijing is still far from being completely self-sufficient in that area, especially when it comes to the new types of aircraft," Kashin said.

He also pointed out that China also attempted to purchase an additional shipment of 117S aircraft engines, apparently in order to study them, but Russia proved reluctant to make such a deal.

"It should be noted that the J-11D cannot be considered a ‘Chinese Su-35’. It is a separate and independent attempt to radically increase capabilities of heavy fighters belonging to the Su-27 series. The radio electronic equipment installed aboard the J-11D differs from that of the Su-35, and the two aircraft also differ from one another in terms of frame construction and aerodynamics," he said.

Furthermore, Kashin remarked, the history of fifth-generation fighter aircraft development in the United States clearly shows that it takes considerable time and effort for the military to learn how to use these planes. Also, such aircraft are usually first produced in limited numbers.

"First J-20s are apparently being delivered to PLA training units now, but it’s hard to predict when these aircraft will be ready for combat deployment. However, due to their rather high cost, China will have to produce these warplanes alongside the less sophisticated fourth-generation fighters. This, in turn, means that upgrading and improving the J-11 series aircraft will continue to be very important for China. This is why Beijing is so keen to study the Su-35 design and, possibly, to continue purchasing Russian engines," the analyst said.

Russia to Deliver Six MiG-29 Jets to Serbia Next Spring

All-Seeing Eye: New Russian Helicopter Can Detect All Types of Ships and Subs