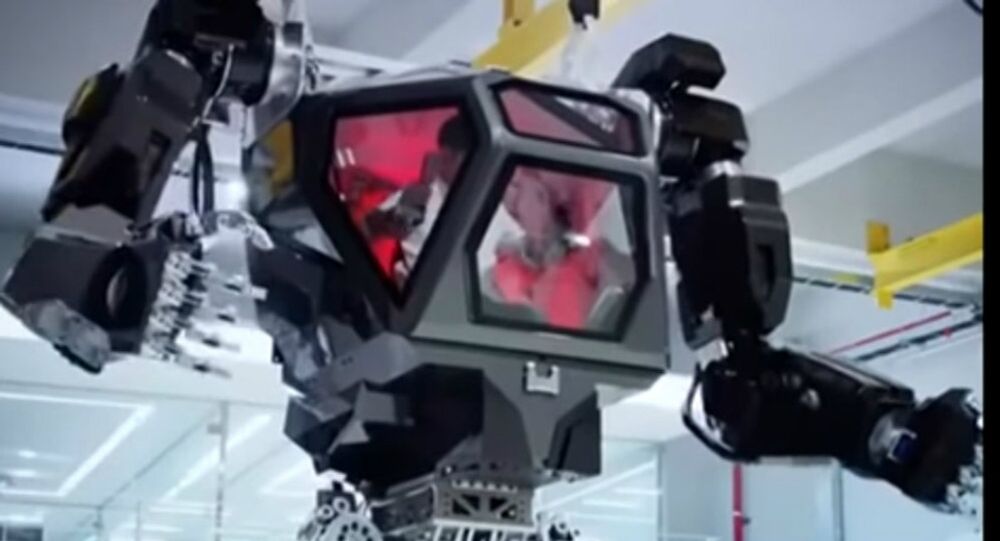 Famed designer Vitaly Bulgarov and robotics company Korea Future Technology teamed up to recently demonstrate a massive bipedal robot prototype that could be deployed in a variety of roles, including in next-generation military technology.

If the above video reminds you of Iron Man, Avatar, or the classic computer game Starcraft, you are not alone. As in Avatar, the human sitting inside the machine initiates the movement of the robot.

The manned cockpit appears to control the arms of the robot, named METHOD-1, allowing it to perform many motor functions typically reserved for mammals. The machine is endowed with rotating ankles, allowing it to transfer weight over variable terrain, and individual fingers, providing dexterity for precise tasks.

Human-machine interface and arm motion test! "METHOD-1" large manned robot project for which I had a pleasure to make the design. Very fortunate to be part of the incredible "Korea Future Technology" team. #koreafuturetechnology #industrialdesign #robot #mech

​Bulgarov, a concept artist who worked on Starcraft, teamed with the Seoul-based robotics company in 2014 to work on the project. The team has remained discreet about the project’s aims, disclosing only that the robot’s technologies and design elements have potential “to solve real world problems.” The artist is, according to a Facebook post, "not allowed to say more at this moment" concerning other applications of the project.

Wired noted recently that the device and its accompanying technology can be used in other fields, including deep sea or space exploration, rescue missions, and construction work.