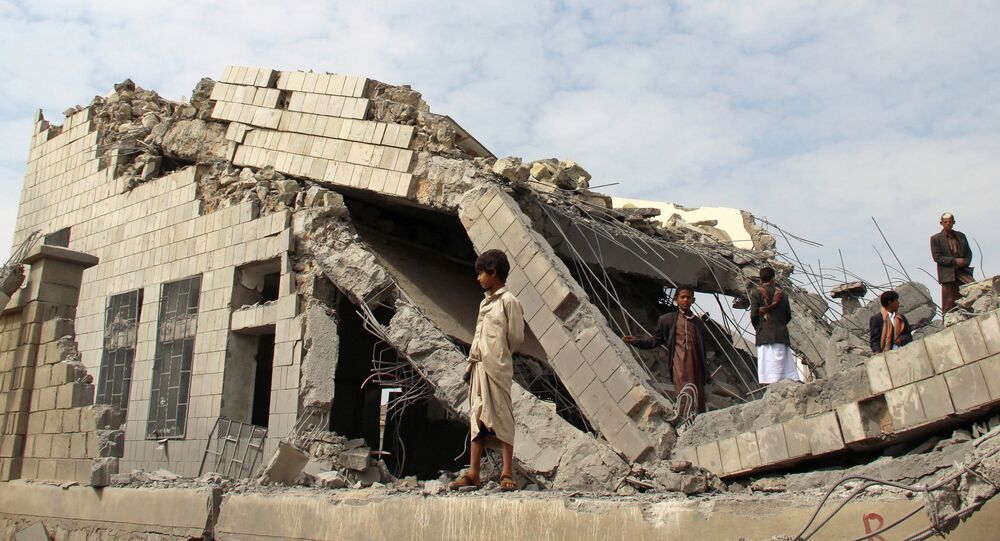 The British government has issued an internal report confirming media reports that UK-made cluster munitions could have been used by the Saudi-led coalition in Yemen, The Guardian reported Monday, citing sources.

MOSCOW (Sputnik) — According to The Guardian, UK Defense Secretary Michael Fallon had seen the government analysis indicating the use of British-made cluster bombs by Riyadh. The minister learned about the results of the report about a month ago, the sources said.

© REUTERS / Khaled Abdullah
War in Yemen: UK 'Sticking Fingers in Its Ears' Over Saudi Arms Sales
Late last year, Amnesty International reported that civilian infrastructure in Yemen was destroyed by the Saudi-led coalition using a UK-made cruise missile. Later, The Independent newspaper reported that the British government could be prosecuted for war crimes after more evidence emerged of the use of UK weapons sold to Saudi Arabia against civilian targets in Yemen.