Not So Happy New Year: The Conflicts That Could Lead to WWIII in 2017

President-elect Trump will have a lot on his plate in dealing with foreign policy hotspots when he steps into the Oval Office. Last week, the Council on Foreign Relations listed a possible NATO-Russia war, a Korean peninsula standoff and terrorism as the main 'high impact' threats to the US. But there are other dangers. Sputnik takes a closer look.

Last week, the CFR, an influential US think tank which has many senior US politicians, academics and senior media figures as members, released its annual survey of the "top international concerns" for US national security for 2017.

© AFP 2019 / JUNG YEON-JE
Possible Russia-NATO Conflict, N. Korea Crisis Escalation Among Top Int'l Concerns – Survey
According to the think tank, the most serious dangers include a possible "serious military confrontation" between Russia and NATO, and an escalation of tensions in the Korean Peninsula amid the ongoing military buildup there. Cyberattacks by foreign powers and large-scale terrorist attacks in the US are also serious concerns.

The think tank also cited increased instability in Afghanistan, Turkish-Kurdish violence and an escalation of the war in Syria as important problems, although these conflicts' impact on the US has been categorized as only 'moderate'. Other threats include a possible military confrontation between China and US allies in the East and South China Seas, although the CFR optimistically rated its likelihood as 'low'.

The CFR's assessment has prompted National Interest columnist Robert Farley to offer his own take on the major threats to global security in 2017. In a piece for the magazine's site, the columnist suggested that a series of important factors have combined to create a situation where the great powers of the US, Russia and China face "more uncertainty [today] than at any time in recent memory." This uncertainty will force leaders to "navigate" to prevent "several extremely dangerous flashpoints that could ignite, then escalate, conflict" between them, he stressed.

Essentially agreeing with the first danger listed in the CFR's assessment, Farley writes that tension in the Korean Peninsula may very well be among the most dangerous challenges for the incoming Trump administration. Citing Pyongyang's ongoing efforts to build up its nuclear and missile capacities, the analyst suggested that a hawkish approach in Washington including musings about a preventative strike could accidentally lead to all-out war, particularly in case of a North Korean miscalculation to strike first.

"As was the case in 1950, war on the peninsula could easily draw in China, Russia, or Japan," the observer noted. This last point has been driven home recently by the Obama administration's decision to deploy anti-ballistic systems in South Korea, a measure China sees as a threat to its security, including its nuclear deterrent capabilities. If the Trump administration continues Obama's line in Korea, tensions in the region aren't likely to abate anytime soon, and could escalate.

On the campaign trail prior to his election, Trump warned that the US may give up its security guarantees to countries including South Korea and Japan if they do not compensate the US for its assistance and increase own defense spending. At the same time, however, Trump also made headlines when he said he wouldn't rule out negotiations with North Korean leader Kim Jong Un out of hand. It remains an uncertainty whether he will fulfill his numerous and perhaps contradictory campaign promises on the issue after stepping into office.

Syria may well be the second major possible flashpoint, according to Farley. Although the CFR downgraded the conflict's importance to US interests from 'high' to 'moderate', and Farley admitted that the Trump administration seems unlikely to seek confrontation with Damascus and Moscow, the dangers of an accidental collision and subsequent escalation remains.

The analyst stressed that "while the most dangerous moments…have passed, US and Russian forces continue to operate in close proximity of one another." Therefore, if either side conducts operations that kill or maim the other's forces, as already happened in September, when a US airstrike killed over 60 Syrian troops near Deir ez-Zor in eastern Syria, this "could produce retaliatory pressures," Farley noted.

"Moreover, the presence of spoilers (terrorist groups and militias on either side, as well as a variety of interested states) serves to increase complexity, and the chances for a miscalculation or misunderstanding," he added. 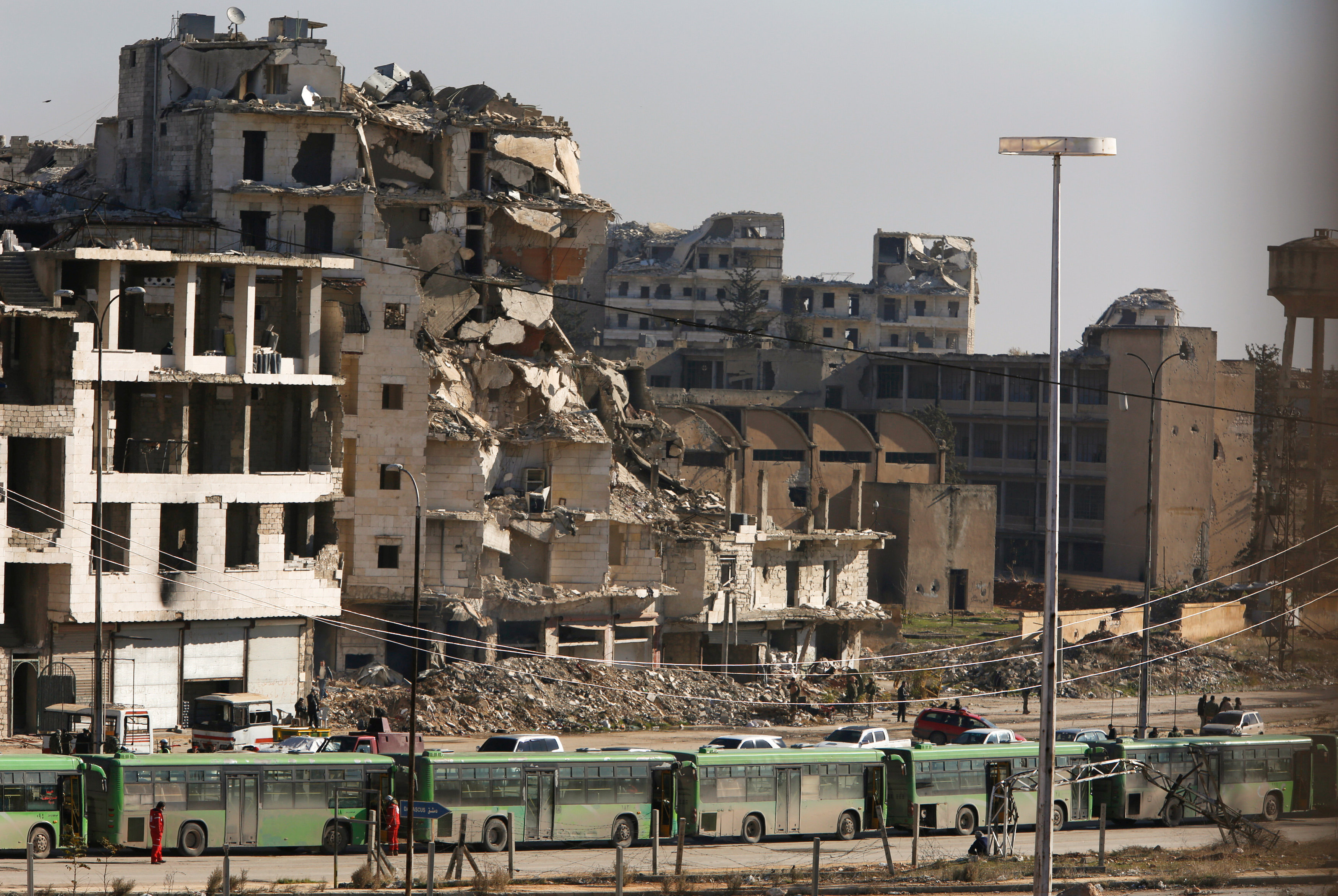 However, other observers disagree with this assessment. Last week, commenting on the Syrian army's liberation of Aleppo, senior Syrian lawmaker Khaled al-Abbud told Sputnik Arabic that with the militants in Aleppo defeated, the US and Europe have essentially lost the card of 'moderate opposition' fighting against Assad.

© Photo : Vanessa Beeley
Liberated Aleppo Offers Syrian Army 'Keys to the North'
Instead, al-Abbud said, the US and Europe do not deny that the rest of Syria's major anti-government strongholds, be it in Raqqa or Palmyra, are occupied by jihadists. "In other words, in the political arena, the only place where differences existed was with respect to Aleppo. Aleppo had been the subject of political wagers." Now, with the city – the last major population center in enemy hands, liberated, there is no effective way for Western leaders to rebrand the remaining jihadists as 'moderates', even if they wanted to do so.

Furthermore, during the election campaign, Trump said repeatedly (to the ire of both his Republican and Democratic opponents) that it would be "wonderful" if Russia and the US could work together in fighting the Daesh (ISIL) and Nusra terrorists in the Middle East. Accordingly, unless he is constrained or contradicted by the State Department or his National Security Advisor –which seems unlikely given his pick of Rex Tillerson and Michael Flynn for the top spots, some form of cooperation, or at least an absence of direct conflict, seems likely.

Next, according to Farley, is the threat of the US-Russian-Chinese skirmishes in cyberspace turning into something more. Pointing to the ongoing scandal over Russia's alleged hacking of the US election (an accusation which Moscow and President-elect Trump have vocally rejected, and which even US intelligence agencies have doubts over), the observer suggested that the US establishment may feel pressure to "respond to what it views as Russian and Chinese provocations." This, in turn, "may end up pushing the US government into costly responses that could create an unfortunate escalatory spiral." 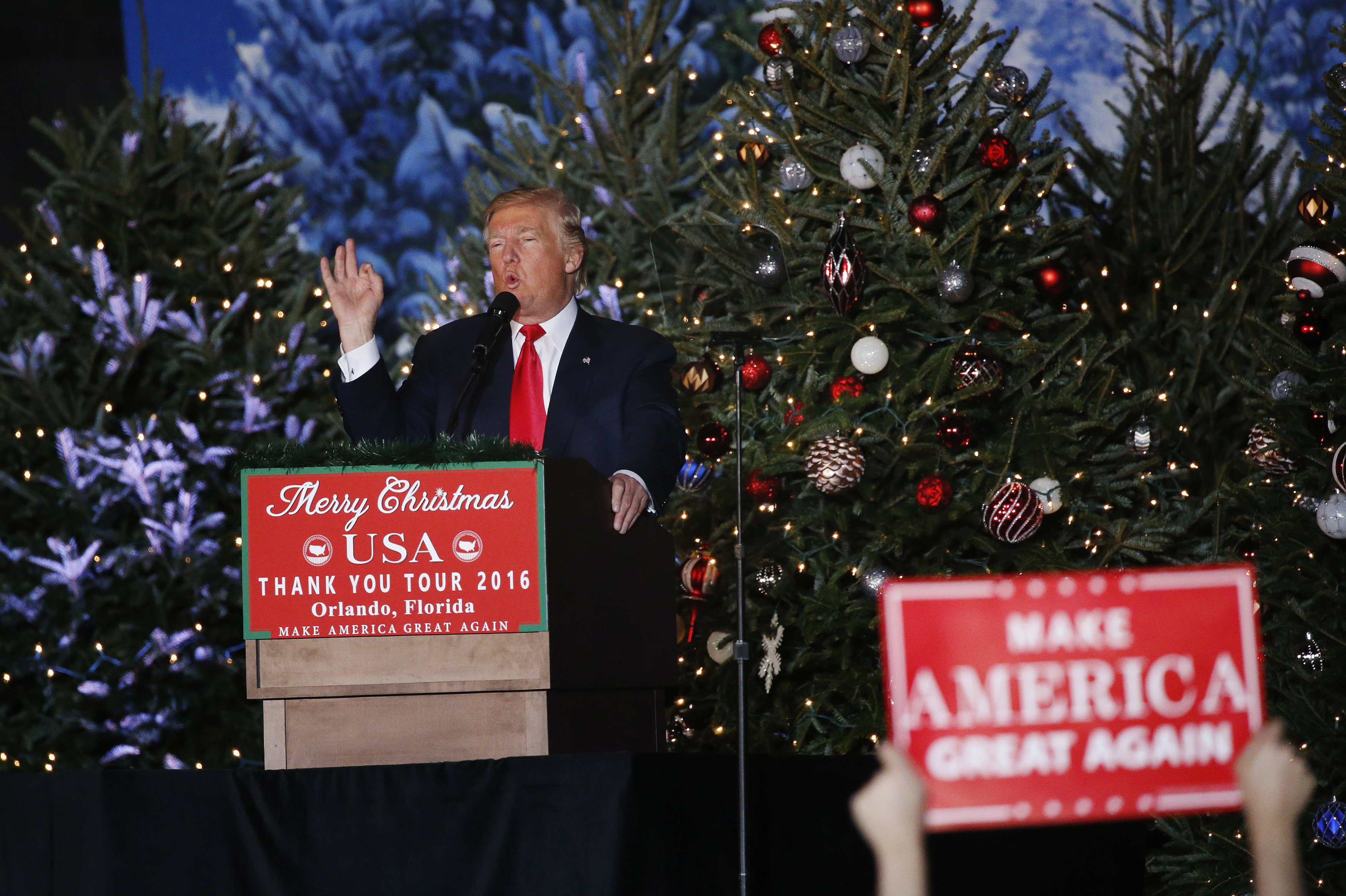 While this conflict may not actually threaten a direct military confrontation between the major powers, it may contribute to rising overall tensions elsewhere. However, Donald Trump and his staff have dismissed the CIA assessment on the hack as a "ridiculous" conspiracy theory. Accordingly, here too an objective investigation supervised by the President-elect after stepping into office should help defuse tensions.

According to Farley, the Indian-Pakistani border dispute in Kashmir is another Eurasian sore spot that could lead to escalation. Trump's vacillating promises to both sides may lead to a misunderstanding by either to engage in aggressive military operations along the line of control. Accordingly, "if either side decides to escalate, then the US and China could easily find themselves drawn into a conflict."

Finally, essentially echoing the CFR's assessment that a Russia-NATO conflict could begin stemming from "assertive Russian behavior in Eastern Europe," Farley suggested that in the short run, the expected de-escalation between Moscow and Washington under a President Trump could lead to a deadly miscalculation.

© Sputnik / Igor Zarembo
Soldiers of the separate tank battalion of the Baltic Fleet motorized infantry brigade, during loading of tanks on flatcars, for dislocation to the district selected for military exercises, in the city of Gusev, Kaliningrad Region.

The analyst's suggestion that Russia might take unspecified "inflammatory measures" in the region "under the assumption that the Americans will back down" is perhaps the weakest point he, and the CFR, make. Amid the downturn in relations between Russia and NATO over the past two-and-a-half years over the crisis in Ukraine, Pentagon planners and NATO officials have never made clear why Russia would seek to invade the Baltics, which would offer little material gain and only risk global nuclear holocaust.

Finally, Farley's analysis doesn't mention it, but the possibility of a major military conflict between the United States and China seems like a distinct and growing threat – perhaps even more so than it has been under the Obama administration, when the US sent warships to the South China Sea to directly challenge China's claims in the area.

Over the past week, Trump accused China of "stealing" a US Navy research drone, angered Beijing by abandoning Washington's 40 plus year One-China policy regarding Taiwan, and even ticked them off over rumors that he may meet with the Dalai Lama, whom the Chinese consider a dangerous separatist. That's not to mention US-China trade – an issue Trump has used all throughout his campaign to suggest that the US may start a war of tariffs with the country. Perhaps understandably, Trump's 'hard bargain' approach has met with intense criticism from Beijing. The question is: will Trump's business-like approach to diplomacy result in a crisis in US-Chinese relations?

Ultimately, Farley suggested, "uncertainty" is the central factor driving the threat of regional conflicts being escalated into global ones. "No one has a good handle on what the Trump administration will do…on major foreign policy questions. This leaves many countries facing difficult calculations of risk and opportunity."

In the interim, in the interest of avoiding conflicts, world powers and their allies might do better to avoid moves that could lead to misinterpretation or disagreement by the other side. Unfortunately, with the US engaged in a bombing campaign against half-a-dozen countries, and the Obama State Department continuing to support conflicts in places including Syria and Ukraine, it remains unclear what kind of shape the world will be in by the time Trump finally steps into office on January 20th.