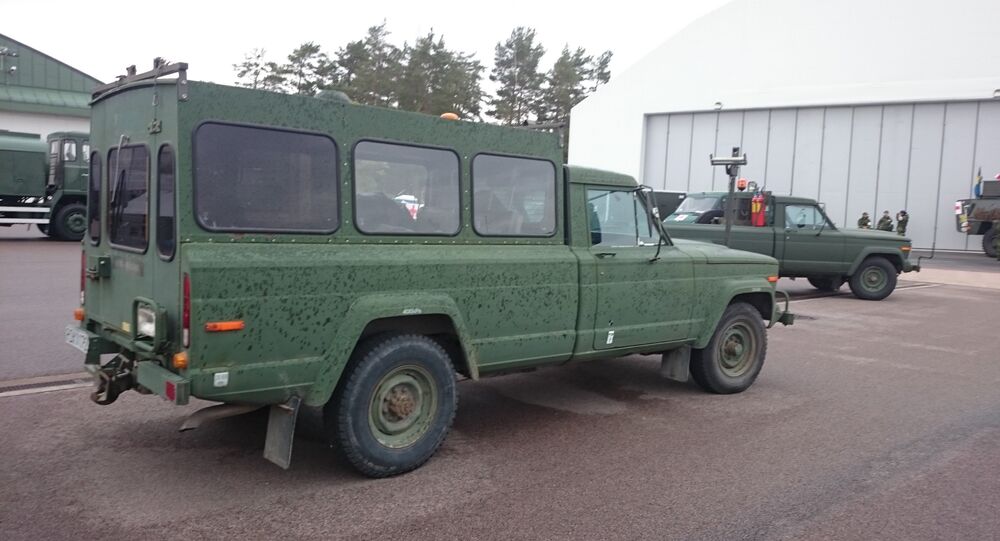 Sweden Dusts Off Yet Another Cold War Relic in Self-Defense

Recently, the Swedish Armed Forces stunned experts with its odd decision to revive an outdated coastal missile system, which has been inactive since 2000. Today, Sweden is ready to dust off military trucks that were put on the backburner ten years ago. Those stingy Swedes must have other Cold War-era trump cards up their sleeve!

© Photo : Youtube/Försvarsmakten
Blast From the Past: Sweden Dusts Off Cold War Missile System
The US-produced trucks were used by the Swedish Armed forces in the 1980s and are colloquially known as Klargöringsbil 9712. Manufactured by the Jeep company, Klargöringsbil 9712 is a full-size pickup truck based on the Jeep Wagoneer platform that was built and sold under numerous marques from 1962 to 1988. The Jeep is noteworthy for being in production for more than 26 years with only minor mechanical changes.

Today, the well-traveled trucks will be used to load missiles hung under the wings of JAS Gripen jets, according to Swedish Radio.

"We got to get them from various depots, and even if the trucks have stood for so long, only one of them failed to start," Christian Bertilsson, the deputy head of the Aviation Maintenance Company, told Swedish Radio.

© AFP 2021 / JONATHAN NACKSTRAND
Sweden Struggles to Protect Itself Amid Waning Budgets, Dubious Solutions
Additionally, the jeeps will have a role in resumption of the Swedish Air Force exercises based on Cold War-era scenarios. The idea is to drill landing and take-off on runways outside permanent air bases to increase military capabilities and allow full mobilization in case of attack, Swedish daily Svenska Dagbladet reported.

Earlier this week, Swedish municipalities were ordered to ensure that they stood prepared amid the government's fears of a Russian invasion. The country's Civil Contingencies Agency (MSB) sent out a letter to all local authorities telling them they must be better equipped to respond to the threat of war. This is widely seen as a token of Sweden returning to its Cold War-era ‘Total Defense' strategy. However, the Swedish government's plans to reinstate a civil defense from the Cold War era were met with criticism from Swedish municipalities, which claim that the authorities were setting unrealistic goals amid lack of funding.

© Sputnik / Sergey Guneev
Sweden Backtracks on Baltic Gas Project For Fear of Russian 'Bugs'
Furthermore, security concerns and the lingering fear of the Russians have triggered calls for hikes in defense expenditure and boosting military research and development. Recently, former Swedish Defense Minister and government investigator Björn von Sydow suggested that today's R&D activities should be enhanced by 200-300 million SEK ($22mln-$33mln). Von Sydow also called for a holistic approach in such areas as combat aircraft and submarine development, which he identified as vital for providing Sweden's security. Von Sydow also pointed out the lack of resources for innovative and groundbreaking research to keep up with recent technological developments. According to his proposal, the Swedish Defense Research Agency (FOI) must be supplied with at least 60 million SEK ($6.5mln) for strategic research initiatives, whereas an additional 45 million SEK ($5mln) must be spent on civil defense, Svenska Dagbladet reported.