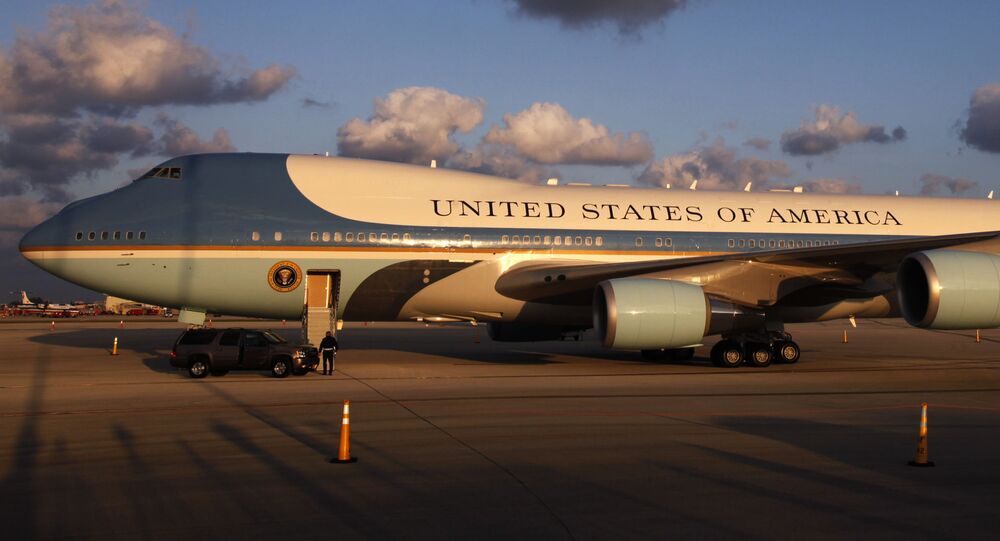 The incoming US administration will be ready to negotiate constructively with Boeing to cut the costs of the next Air Force One presidential plane, according to President-elect Donald Trump.

© REUTERS / Mark Kauzlarich
Trump Vows to Ban US Purchasing Agents for Approving Costly Defense Contracts
WASHINGTON (Sputnik) — The incoming US administration will be ready to negotiate constructively with Boeing to cut the costs of the next Air Force One presidential plane, President–elect Donald Trump said at a rally in Pennsylvania.

“I don't want a plane to fly around [in] that costs $4.2 billion, believe me,” Trump said on Thursday. “We are going to work with Boeing. We are going to cut the price way, way down.”

Trump expressed his willingness to work with Boeing a week after blasting the defense contractor for out of control costs via Twitter.

Trump also repeated his criticism of the Lockheed Martin F-35 Lightning II Joint Strike Aircraft as a “disaster” with spiraling out of control costs. Trump' has received support for his attacks on the F-35 from US Senate Armed Services Committee Chairman John McCain, usually a prominent critic of the president-elect.

The total life cycle cost of the F-35 Joint Strike fighter program from concept, research and development, test and evaluation, production, operation and maintenance, and inflation was estimated to be $1.1 trillion dollars, according to the Pentagon's Cost Assessment Program Evaluation (CAPE) office.

Muslim Student Made Up Story About Subway Attack By Trump Supporters