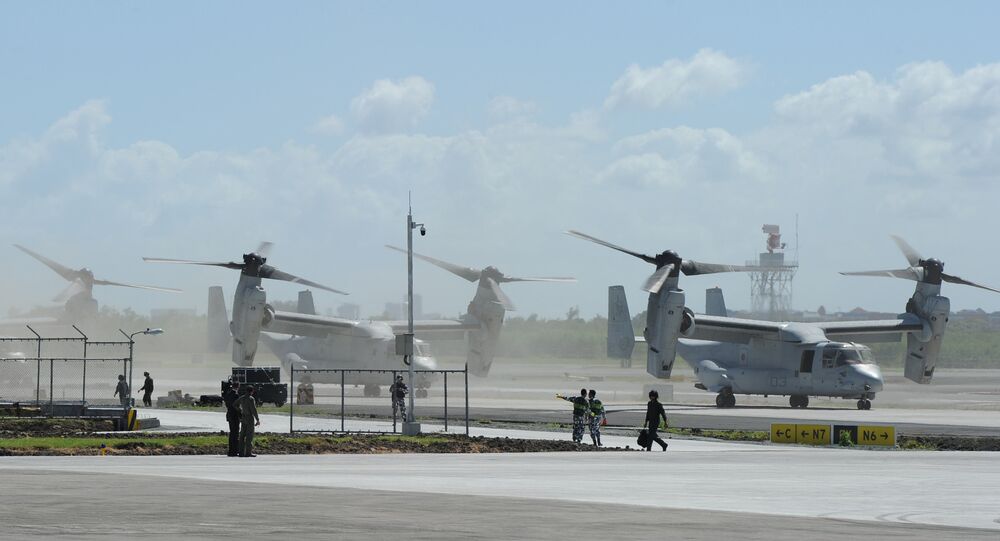 The US Navy is paying Bell and Boeing $410 million for repairs on the still-troubled V-22 Osprey vertical take-off aircraft, the Department of Defense said in a press release.

© Flickr / 7thArmyJMTC
US Awards Raytheon $459Mln to Modernize Navy Voice Encryption Systems
WASHINGTON (Sputnik) – On Wednesday, the United States temporarily stopped flights of multi-mission, tiltrotor MV-22 version of the Osprey military aircraft after a "mishap" led to a forced landing in shallow waters off the in Okinawa coast.

“Bell Boeing Joint Program Office [in] California, Maryland, is being awarded [a] $246.2 million… contract for repair of various parts on the V-22 aircraft,” the release said on Thursday.

Bell Boeing also received another $165.7 modification contract for repair of various parts on the V-22 aircraft, the Defense Department added in a separate announcement bringing the combined value of the two repair contracts on the aircraft in a single day to almost $412 million.

“If all options on the contract are exercised, the total value of this contract will be $545.2 million,” the Defense Department acknowledged.