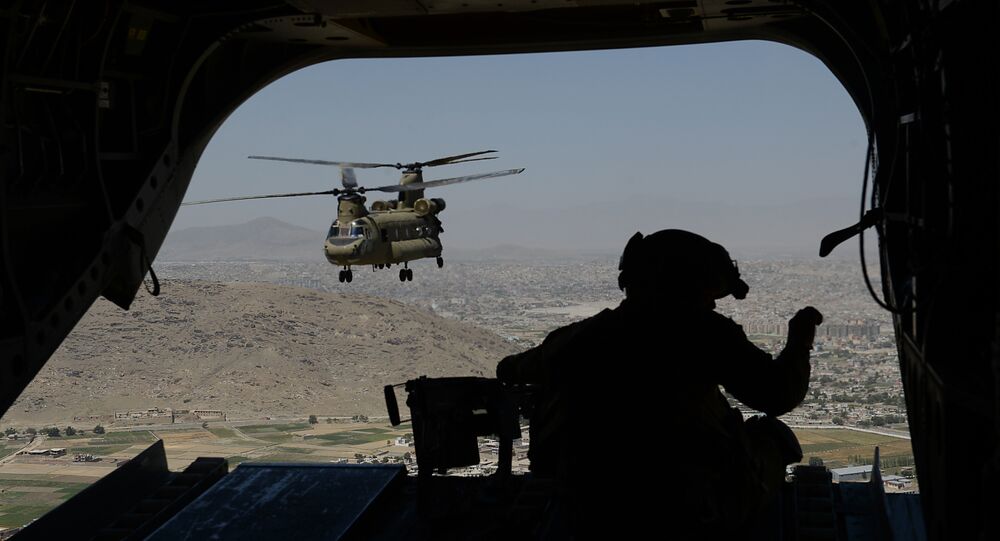 Saudi Arabia may soon get approval to acquire additional military equipment from US defense contractors, a deal the US Army hopes will help it bridge a production gap.

The $3.5 billion deal would provide 48 CH-47F Chinook helicopters to Saudi Arabia, in addition to 112 T-55 engines, Defense News reports, the largest sale of the helicopter model to date. If the deal is approved Saudi Arabia will become the twentieth nation to fly Chinooks.
The deal would benefit the US Army by reducing per unit costs of the choppers, due to economies of scale, and the sale could make future US purchases of the aircraft significantly cheaper. The move would also help maintain the industrial base, which is scheduled to go offline between the end of CH-47F Block I production in 2018, and the start of Block II production in 2021, Paul Stevenson, a US Army spokesman, told the publication.
The Boeing-manufactured choppers would come with an array of combat-grade features, including M240H 7.62 machine guns, GPS inertial navigation units, and Common Missile Warning Systems, according to the report. In March, Boeing inked a deal with the Pentagon to refurbish 27 Chinook airlift helicopters, and buy 12 more, for $896.9 million.
...
Reddit
Google+
Blogger
Pinterest
StumbleUpon
Telegram
WhatsApp
713