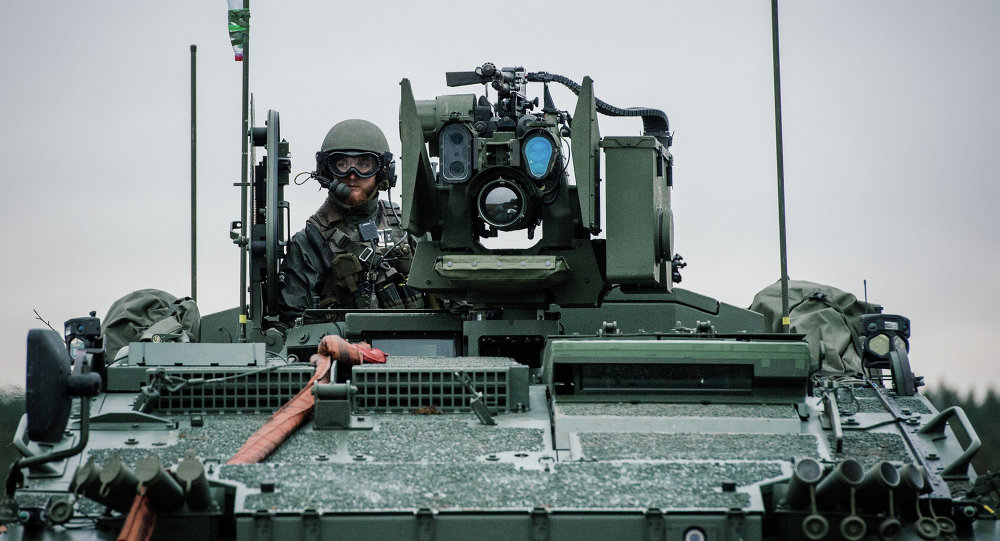 After having proudly abolished conscription six years ago, Sweden is all set to reintroduce a draft army amid a series of defense measures aimed at checking Russian "aggression." However, many of the recent initiatives have come under "friendly fire" from experts at home.

© Flickr / John Scott Rafoss
Sweden's Costly Military Ads Fail to Attract Volunteers
Re-introducing conscription may reduce Sweden's defense capability, since fewer soldiers and officers will be able to step in at short notice, if they are engaged in training conscripts, the Swedish Officers Association argued.

"Seen from the army's perspective, fewer units will be available on short notice and have the same level of preparedness we have built up now," Lars Fresker, the chairman of the Officer Association told Swedish Radio.

In the fall of 2016, a government investigation concluded there was a drastic need to reintroduce conscription due to the fact that the voluntary service only managed to attract about 2,500 men a year, providing a widening gap of 7,400 soldiers and officers (in a country with an active army of only 20,000 men).

© AFP 2019 / JONATHAN NACKSTRAND
Swedish Army Hopes to Tackle Dwindling Staff Numbers With Mandatory Service
With conscription estimated to return by 2018, the Swedish Armed Forces expect to annually train 4,000 conscripts and volunteers, whereas the new defense plan assumes at least 5,000 trainees per year. According to the Armed Forces personnel director Klas Eksell, the defense expenditure must be raised accordingly, to avoid holes in the budget.

"Personnel costs are always underestimated, so I do not think they will manage to push the expenditure to sufficient heights," Lars Fresker said.

​The recent cooling of Swedish-Russian relations, which seems to have re-vitalized Sweden's age-old fears of Russia, have together with Trump's victory in the 2016 US presidential elections, spurred both the issue of hiking military expenditure and the perennial NATO debate for the still-nonaligned Nordic country.

© Photo : Youtube/Jose R. Simoes
You're in the Army Now! Sweden Considers Gender-Neutral Draft
According to a recent study by the Swedish Armed Forces, Stockholm should practice defense measures on Swedish soil and the whole Baltic Sea Region directly with NATO and the United States, since there is no way for Sweden to wriggle out of a possible conflict, Rear Admiral Jonas Haggren told Swedish Radio, citing uncertainty on Russia's part amid an increasingly less predictable US led by Donald Trump.

Furthermore, the Swedish government's plans to reinstate a civil defense from the Cold War era, was met with criticism from Swedish municipalities, which claim that the authorities are making unreasonable demands. Recently, security chiefs in Swedish municipalities received letters from the Swedish Civil Contingencies Agency (MSB) with demands for increased war readiness on account of Moscow's "increasingly aggressive" attitude, Swedish newspaper Sydsvenskan reported.

© Sputnik / Sergey Guneev
Self-Inflicted Fears of Russian Aggression Scare Swedes From Nord Stream 2
A few years ago, a concrete bunker at Kulladal School in Malmö, which was built in 1952-53 to shelter the city's population against hostilities, was closed down. Such closures have been rendered impossible by the new defense guidelines. According to MSB CIO Svante Werger, civil defense installations that were in use until the 90s will be again made functional in the future.

Jonas Hult, who is responsible for security in Malmö Municipality, argued that the municipalities are hopelessly behind in preparations for lack of funds. Additionally, there is no planning for how municipalities should organize protective masks, vaccines, gasoline or shelters in case the security situation worsens.