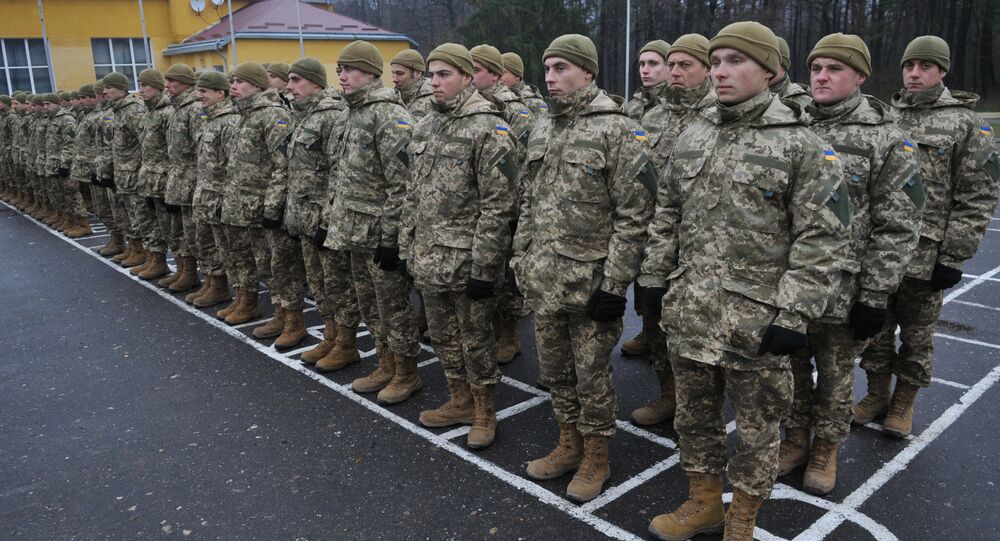 The United States will advise on training up to four battalions in Ukraine throughout 2017, 7th Army Training Command spokesperson Lacey Justinger told Sputnik.

WASHINGTON (Sputnik) — The US advisors will focus on advising Ukrainians as they train up to four battalions, Justinger said.

"Beginning in January 2017, Joint Multinational Training Group-Ukraine, under the oversight of US Army Europe and the 7th Army Training Command, will focus on advising Ukrainians as they train up to four battalions throughout the year," Justinger said on Wednesday.

In July 2015, the Pentagon announced that the country would continue training and advising Ukrainian security forces in the country’s west.

"As part of this mission, the US Army will work with the Ukrainian Ministry of Defense on training center, cadre, and institutional level development," Justinger said.

© AFP 2021 / SERGEI SUPINSKY
US Congress Not Planning to Provide Ukraine With Arms Until Year End - Lawmaker
The effort of the Joint Multinational Training Group-Ukraine will contribute to the country’s long-term military reform and help improve Ukraine's defense capabilities and training capacity, the spokesperson said.

"This effort is part of our long-running defense cooperation with Ukraine, is taking place at the invitation of the Ukrainian government, and is authorized by Congress until September 2017," Justinger concluded.

Since 2014, the United States has provided Ukraine with $600 million in military assistance, including training, equipment and reform advisory effort, according to the US Department of Defense.