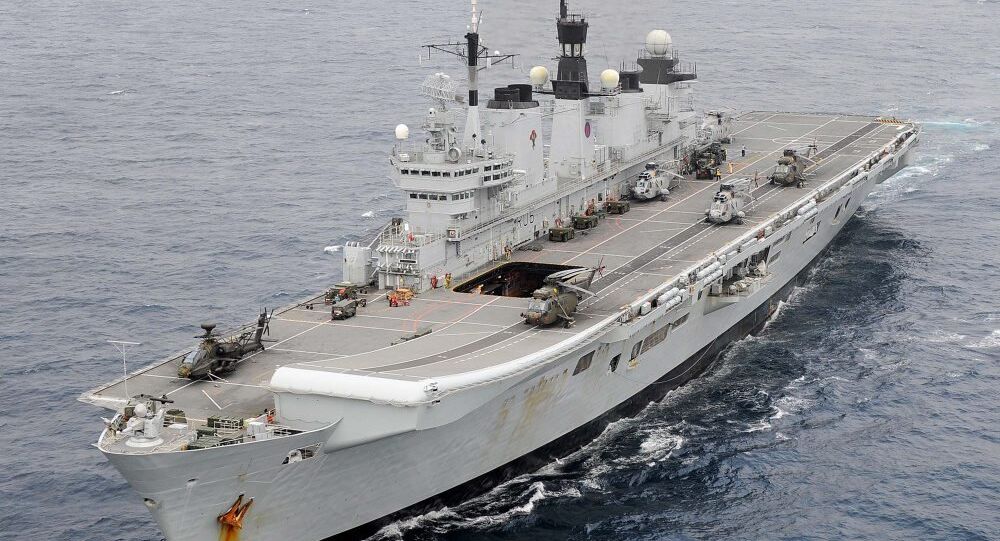 Royal Navy's former aircraft carrier HMS Illustrious, deployed to conflict zones including Bosnia, Iraq and Sierra Leone, has sailed out of its home port of Portsmouth, UK for the final time an is heading to Turkey to be decommissioned.

The Ministry of Defence (MoD) announced earlier this year the HMS Illustrious had been sold for US$3 million to a ship recycling company in Turkey. The 22,000-tonne ship, also known as 'Lusty,' left service in 2014 after 32 years. It had been deployed to conflict zones including Bosnia, Iraq and Sierra Leone.

It was originally hoped that the former flagship could be saved as a tribute to the decommissioned Invincible Class aircraft carriers. The plan, by a group of businessmen, would have netted the Ministry of Defence nearly US$4 million. However, the proposal came in late.

"The competition to find a suitable buyer for Illustrious ran for two years, and sadly no viable bids were received. This proposal was made three months after the contract was awarded to recycle the ship," an MOD spokesman said in a interview.

Crowds lined the shoreline for the ship's departure for a Turkish scrapyard.

After 32 years of service, we waved @RoyalNavy #HMSIllustrious on her final journey as she leaves her home port in #Portsmouth pic.twitter.com/y3SawvT0mk

Alan Vowles, who served on the ship, said that it was an absolute pleasure to serve on Lusty from 1984 to 1987.

Pictures from our balcony taken when HMS Illustrious came into #Portsmouth with a full crew for the last time in 2014 #HMSIllustrious pic.twitter.com/gucKUQxUPY

"One of the proudest moments of my life has to be lining the deck as we sailed into Sydney harbour in a fleet of warships to celebrate the Australian Navy's 75th birthday."

"She was a fine ship and one that I will always be proud to say I served on. God speed Lusty, you will be missed," Mr. Vowles added.

​The HMS Illustrious has a vibrant history, according to the MoD, it was rushed into service in 1982 in the aftermath of the Falklands War.

It operated in the Adriatic to maintain a no-fly zone in Bosnia in the 1990s and did the same in the Gulf in 1998, and was involved in supporting operations in Afghanistan following 11 September attacks. 'Lusty' took part in operations in Sierra Leone and an aid mission in the Philippines after Typhoon Haiyan in 2013.

The HMS Illustrious will be replaced by the next generation of aircraft carriers, HMS Queen Elizabeth and HMS Prince of Wales, currently being built in Rosyth.