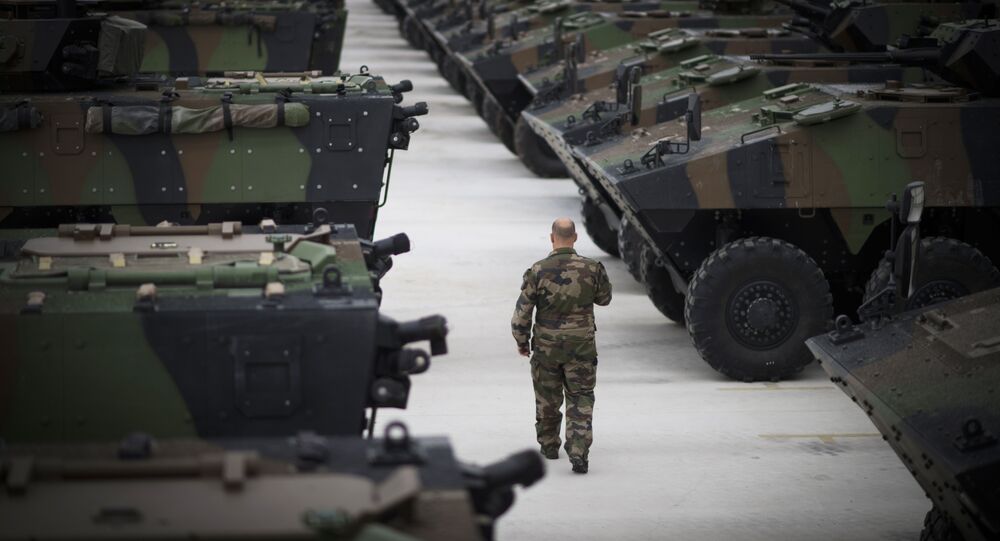 Swedish manufacturing company Volvo and French weapons giant Nexter are headed for their first order for the VBCI infantry fighting vehicle in the Middle East. Qatar currently aims to buy 200 vehicles for $1.1bln; however the order may grow and become three times as large.

© AP Photo / Jeff Roberson
Saab Staking on Boeing's Trainer to Boost Gripen Sales
In the long run, the Qatari army needs 600 combat vehicles. The VBCI, which was tested on the spot earlier this autumn, is considered to be a worthy contender. Its main rival vying for the profitable arms deal is the Finnish arms producer Patria, whose bestseller the AMV was previously sold to Saudi Arabia and the United Arab Emirates, Swedish economic newspaper Dagens Industri reported.

The VBCI was developed jointly by the Volvo-owned Renault Trucks Defense and French defense industry giant Nexter to satisfy the French Armed Forces' need for a modern infantry combat vehicle armed with an automatic cannon. Volvo contributed to the VBCI with powertrain and chassis.

Series deliveries to the French Armed Forces have been going on for about eight years. At the same time, Nexter, which is primarily responsible for the exports, has been feverishly looking for new customers. Meanwhile, order books have not become any thicker, as more potential customers such as Sweden and Canada have come with polite refusals. Last year, the last of the 630 VBCIs the French materiel authority DGA had ordered was effectively delivered. There is thus much at stake in Qatar, which could become the first buyer of the VBCI outside France.

​For Volvo, as the main supplier of diesel engines to the combat vehicles to be assembled in France, a positive outcome of the deal could potentially mean orders worth billions of kroner.

© Photo : saabgroup.com
Sweden's Saab Suffers Setback Selling Submarines as Poland Opts Out of Partnership
Despite the marked drop in oil prices, Qatar is determined to complete the modernization of its army. Earlier, Qatar ordered the latest Leopard tank model 2A7+ together with the artillery system PZH 2000 from the German arms manufacturer KMW.

Earlier this year, KMW merged with Nexter by forming a new holding company, KNDS, where the French state owns half. Soon, Volvo's military subsidiary is likely to get sucked into this juggernaut. Incidentally, Volvo announced in November that it was seeking a new owner for Volvo Governmental Sales with a total of 1,300 employees. KNDS is therefore the most obvious buyer. Volvo Governmental Sales, which manufactures and sells custom-designed vehicles to governments, the defense industry, peacekeeping forces and aid organizations, accounts for about 1.5 percent of Volvo's revenues of over 33 billion dollars.

Volvo press manager Joakin Kenndal refused to give any comment, citing the company's time-tested practice of not commenting ongoing transactions.