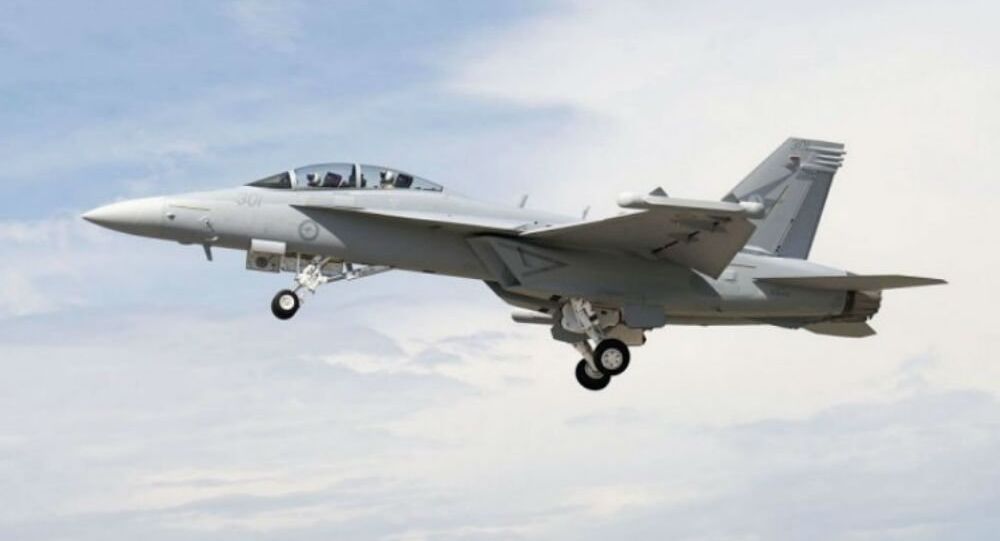 The US Department of State has approved a $115 million sale to Australia for AEA-18G Growler Aircraft Electronic Warfare Range Systems and related support, equipment, and training, the US Defense Security Cooperation Agency said in a press release.

© REUTERS / Mike Blake
New 'Pivot to Asia'? Will Pentagon's Next Chief Be Particularly Tough on China
WASHINGTON (Sputnik) — The release stated on Monday that the government of Australia has requested additional funding to a previously implemented case for two Electronic Warfare Range Systems to conduct electronic warfare and electronic surveillance training within the borders of Australia.

"By enabling Australian Defense Force (ADF) ranges, the US government will ensure consistency in training across platforms and theaters, whether the exercises are conducted in the United State or in Australia, where US aircrews will be able to participate in training exercises alongside their Australian counterparts," the release proclaimed.

The AEA-18G Growler electronic and strike warfare is based on the F-18 Super Hornet developed by Boeing.

The prime defense contractors for the Warfare Range System will be Leidos and General Dynamics Mission Systems.

Pentagon: Top Al-Qaeda Leader in Syria Killed in US Airstrike