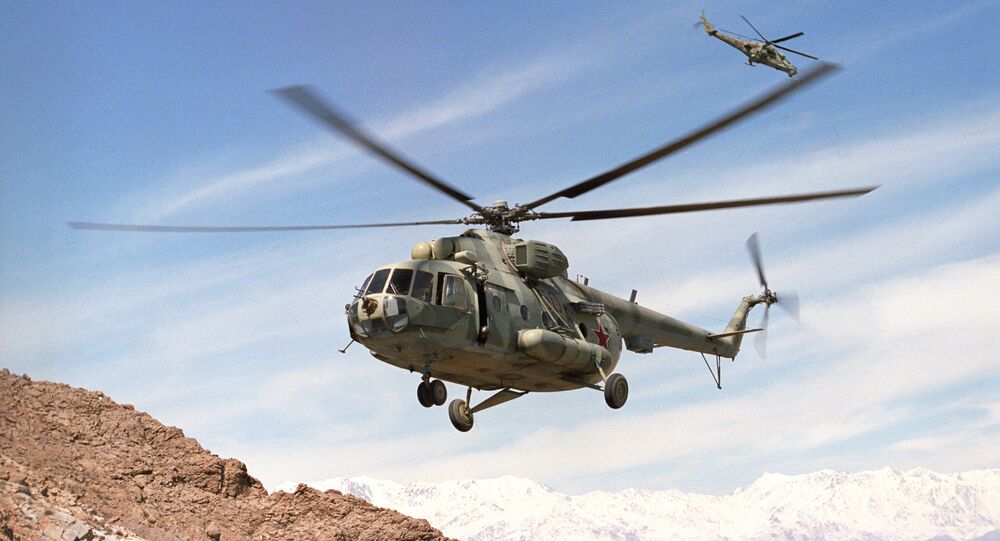 Russian Special Presidential Envoy for Afghanistan Zamir Kabulov said that Afghanistan has no alternative to Russian arms in the nearest decades.

© Sputnik / A. Solomonov
Russia Ready to Supply Afghan Gov't with Attack Helicopters Financed by US, EU
AMRITSAR (India) (Sputnik) — Russia doubts that US plans to substitute Russian helicopters in Afghanistan with its own aircraft will succeed, since there is no alternative to Russian equipment in the nearest decades, Special Presidential Envoy for Afghanistan Zamir Kabulov said Sunday.

Earlier this week, reports emerged that the United States was planing to supply the Afghan army with Black Hawk helicopters, which would replace the worn-out fleet of Russian Mi-17s. The question of substitution has been raised after Western sanctions against Russia caused problems with maintenance of the Russian military equipment.

Kabulov, who is also Foreign Ministry's director of the Second Asian Department, said that in line with the US requirements it will take 4 years to train a pilot to operate a Black Hawk.

"Does Afghanistan have time to wait four years? I do not think that there is enough time… That is why, Afghanistan has no alternative to Russian arms in the nearest decades, if we want to have a strong and effective Afghan army, of course," Kabulov told journalists on the sidelines of the Heart of Asia conference in the Indian city of Amritsar.

© Sputnik / Kirill Kallinikov
Afghanistan Plans to Buy Russian Mi-17, Mi-35 Helicopters
Kabulov stressed that the Afghan army had got used to the Russian military equipment and to Russian helicopters, in particular.

The Heart of Asia format was established in 2011 and has been conducted annually. The conference gathers Afghanistan's neighbors and other regional powers and is aimed at stabilizing situation in Afghanistan through cooperation with the country.

Russia Ready to Supply Afghan Gov't with Attack Helicopters Financed by US, EU