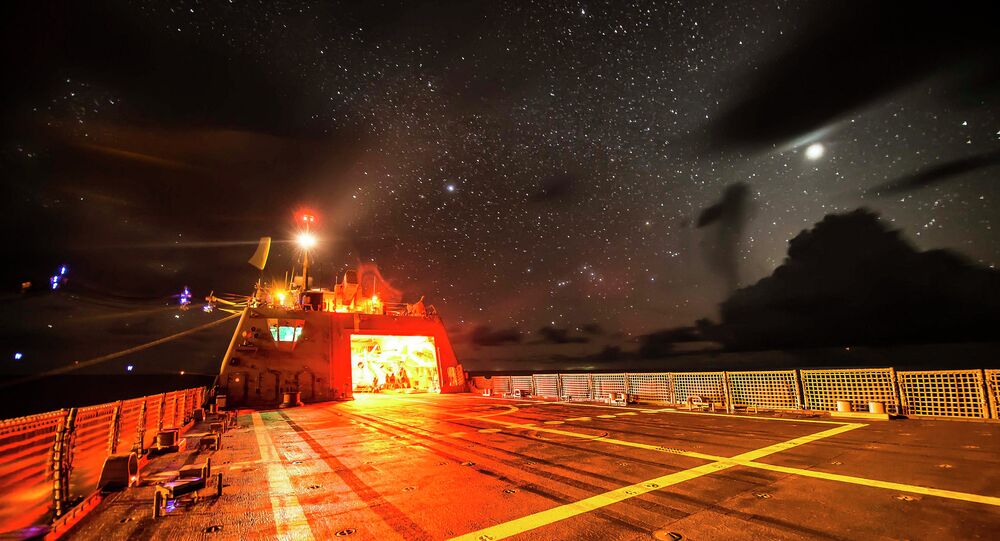 The US Navy’s Littoral Combat Ships program, riddled with technical failures, has already cost taxpayers billions of dollars and will take even more, but is unlikely to ever live up to expectations, US military representatives say.

© AFP 2021 / ANTONIO P. TURRETTO
Misery Loves Company: Second Newest US Navy Ship Breaks Down in One Month
During the Senate Armed Services Committee hearing December 1, a number of Navy and government oversight officials admitted that the troubled LCS program has cost much more than it was originally expected to, yet has failed to fulfill basic survivability demands.

The hearing marked the end of a 12-month testing period during which two different versions of Littoral Combat Ships were revealed to have numerous technical flaws. These difficulties have led to core ship design changes and a total review of how crews are trained and circulated between ships and coasts.

The ship's unit cost has more than doubled from $220 million to $478 million apiece, yet the Navy still looks forward to buying 12 more redesigned ships, total worth $14 billion, Paul Francis, managing director of acquisition and sourcing management at the Government Accountability Office, wrote in a report released the same day.

"The experience of LCS, it broke the Navy," said Sean Stackley, assistant secretary of the Navy for research, development and acquisition, according to Military.com.

"We have our program managers pretty much under a microscope right now, and we've taken things like cost and we've put cost into our requirements so that you don't get to ignore costs while you're chasing requirement," he added.

According to Stackley, cost was mostly not taken into account, as the only things the military cared for were technical specifications — and even those were not fulfilled, as one type of the LCS even failed to survive a basic survivability test, which had to be interrupted to prevent major damage to the ship's equipment.

US Navy Reviews LCS Program Regardless of Breakdowns