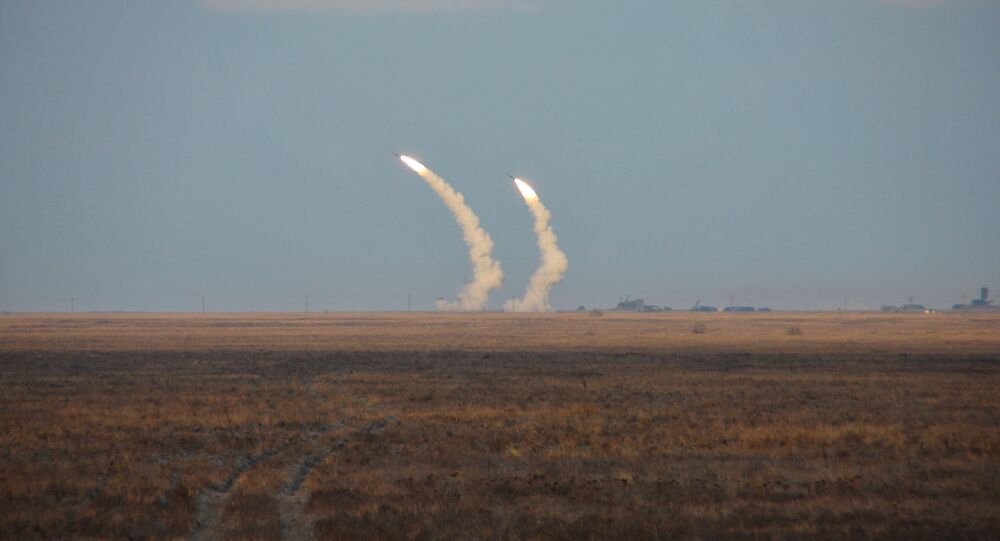 Kiev has not sent a notice of new missile drills near Crimea, according to Russia's air transport agency.

MOSCOW (Sputnik) — Ukraine has not sent a notice of new missile launches near Crimea after its two-day military drills, the head of Russia's air transport agency Rosaviatsia said Friday.

"There were no new NOTAM [notice to airmen]. An old notice that we received last Thursday is in effect, which states that danger zones in western Ukraine would be activated over neutral waters and extend into our territorial waters," Alexander Neradko said on the sidelines of the Transport of Russia international forum.

"We offered to consider this issue at the council of the International Civil Aviation Organization [ICAO], to address this unprecedented violation of all international laws, agreements on ensuring the safety of the Black Sea area," Neradko added.

© Sputnik / Ministry of defence of the Russian Federation
Russia May Shoot Down Ukrainian Missiles Launched Near Crimea if Threatened
Moscow repeatedly called Kiev's missile launches in the Black Sea a threat to the safety of Russian civilian flights to Crimea and a provocation. Russian aviation authorities also informed the International Civil Aviation Organization (ICAO) about the tests, so far without a response.

"We are interacting with our Defense Ministry and monitoring airspace. We have done everything so that flights to Simferopol are safe," Neradko said.