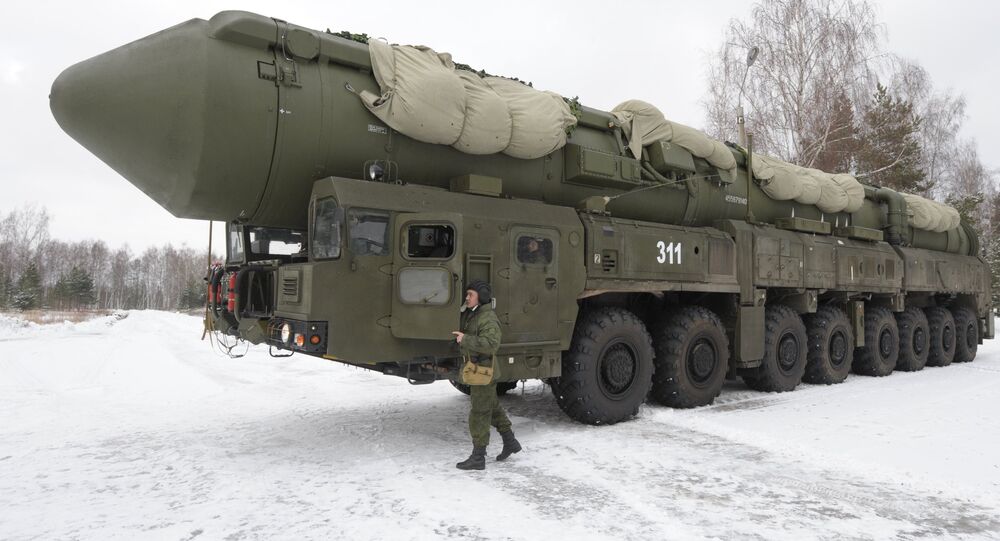 Whereas Sweden's paranoid fear of Russia is itself nothing new, fresh instances of it just keep on coming. Recently disclosed internal documents by the Swedish Foreign Ministry reveal Sweden's unfounded fear of Russian nuclear weapons.

© Sputnik / Alexei Danichev
Sweden Increasingly Reliant on Russian Oil Despite Anti-Moscow Rhetoric
Russian nuclear weapons have been singled out as "especially alarming" for the safety of Sweden and its vicinity, according to internal documents by the Swedish Foreign Ministry, which the tabloid newspaper Aftonbladet got hold of. The documents denote the Russian nuclear weapons as an alarming feature of the exacerbating security in the Baltic Sea Region, alongside Russia's "aggressive" rhetoric.

It is noted that Sweden will continue its engagement in the processes of nuclear disarmament. Among other things, nuclear weapons states should "lower the readiness levels of their arsenals." Sweden is also poised to participate in future UN negotiations advocating a total ban on nuclear weapons. Additionally, Sweden is expected to engage Russia at the official level by means of dialogue with the Department for Disarmament and Non-Proliferation (NIS) under the Foreign Ministry.

Despite the fact that the leaked documents specifically evaluate the risk of a nuclear attack against Sweden as extremely unlikely, they nevertheless fail to completely rule out crises and incidents involving the use of military force. In the documents by the Foreign Ministry, Sweden is advised to steer clear of "rhetorical escalation" considering the situation in the Baltic Sea Region, where the war of words may contribute to public fears. All in all, Sweden's attitude towards Russia must be characterized by "firmness, coolness and calmness."

"This is very interesting. Western Europe is very vulnerable to nuclear pressure from Putin, yet few Western governments have raised this topic publicly," Tomas Ries, a researcher at the National Defense College, told Aftonbladet.

According to him, Russia has modernized its nuclear arsenal several times since the end of the 90s. In regards to the Baltic Sea Region security, Sweden is most worried about Russia's Baltic Fleet, several of whose vessels are potentially capable of carrying nuclear weapons.

© Photo : Youtube/Försvarsmakten
Blast From the Past: Sweden Dusts Off Cold War Missile System
"This is why Sweden will strengthen our international cooperation, putting more resources into our national defense, and work for more confidence-building and predictability in our region as well as promoting the issue of nuclear disarmament globally," Swedish Foreign Minister Margot Wallström's press secretary Pezhman Fivrin said.

Historically, Sweden made an impressive U-turn considering its attitude towards nuclear weapons. After World War II, Sweden pursued a nuclear weapons program to defend itself against alleged assault from the Soviet Union. The clandestine program ran under various Social Democratic governments from 1945 to 1972 under the guise of a civilian research at the Swedish National Defense Research Institute (FOA). In 1968, Sweden signed the Non-Proliferation Treaty and subsequently began closing the program.