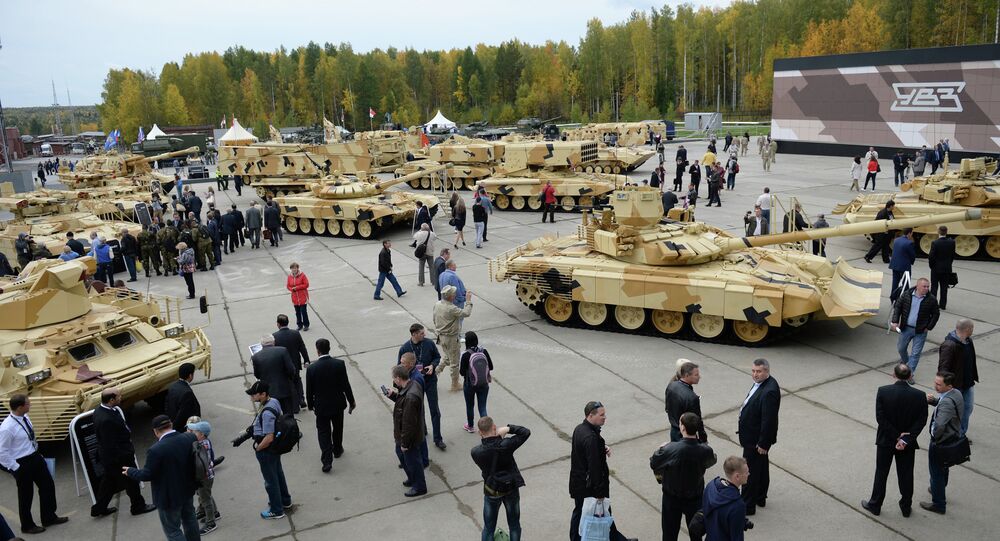 Philippines are ready to buy arms from Russia if there is money amid a rift in relations with the United States, the country’s President Rodrigo Duterte said Monday.

MOSCOW (Sputnik) — On November 8, Duterte claimed he would cancel an order for 26,000 US-made M16 rifles, originally intended to arm the country’s national police, to "look for a cheaper source."

© Flickr / Benjie Ordoñez
Philippines Ready to Cooperate With Russia, China Amid Rift in Relations With US

“He [Russian President Vladimir Putin] was pleased to hear our offer of friendship, pleased with the fact that the initiative came from us. Not because we need money … or arms. If we have money, we will buy them [arms],” Duterte told the Rossiya-24 broadcaster.

The Philippine president stressed that his country did not participate “in any military blocs.”

“We have not discussed anything similar neither with Russia, nor with China, except the issues of trade, finance and economy. But, perhaps, in the future we will have to do business with the European Union and Russia in the area of arms trade since it seems that the Americans have canceled orders on arms supplies [to the Philippines],” Duterte said.

On November 19, Putin was taking part in the Asia-Pacific Economic Cooperation (APEC) Business Advisory Council the Peruvian capital of Lima. On the sidelines of the event, the Russian leader held a separate meeting with his Philippine counterpart.