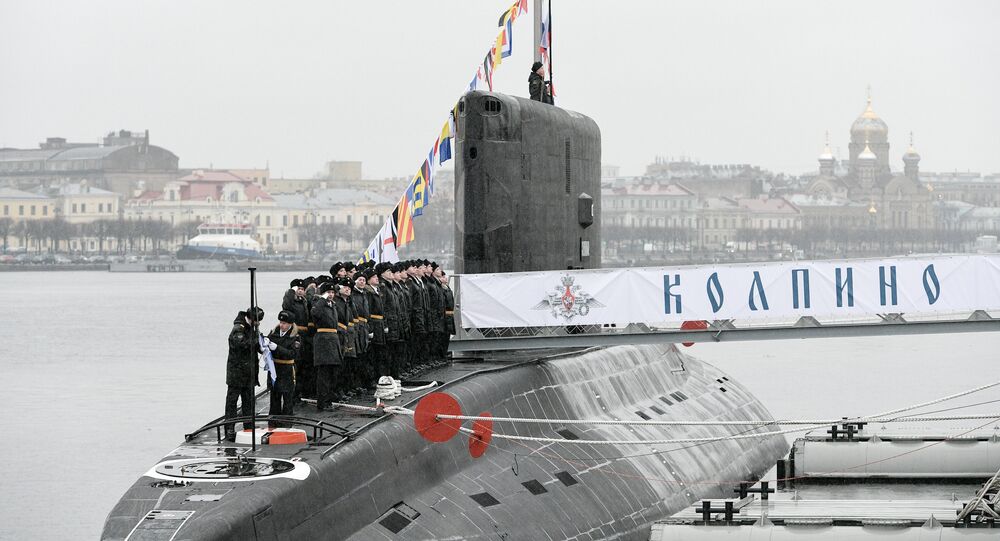 The Russian Navy commissioned on Thursday the sixth and final Varshavyanka-class diesel-electric submarine for the Black Sea Fleet, a RIA Novosti correspondent reported from the official ceremony.

The submarine was launched at the Admiralty Shipyards in May.

© Sputnik
Russia Floats Out Another 'Black Hole' for Its Navy
The Varshavyanka-class (Project 636.3) is an improved version of Kilo-class submarines that features elements of advanced stealth technology, extended combat range and the ability to strike land, surface and underwater targets.

The vessels, carrying crews of 52, have a top underwater speed of 20 knots and a cruising range of 400 miles (electric propulsion), with the ability to patrol for 45 days. The submarines are mainly intended for anti-ship and anti-submarine missions in coastal waters.

In September, the Russian Defense Ministry and the Admiralty Shipyards signed a contract on the construction of six additional Varshavyanka-class submarines by 2021.