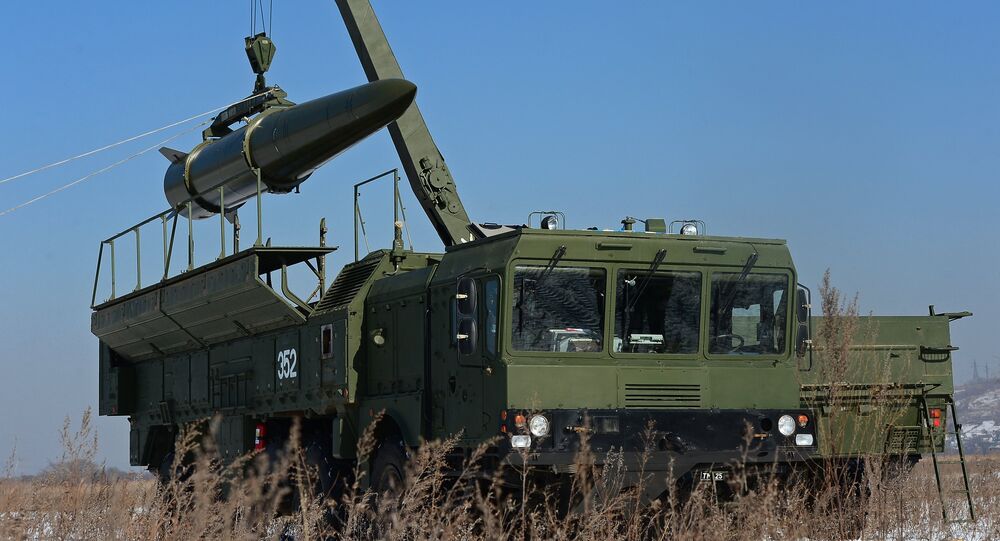 Whereas the Nordic countries Norway, Sweden and Denmark have all voiced concern about the deployment of the Russian Iskander-M mobile missile complexes in Kaliningrad, Finnish Defense Minister Jussi Niinistö begged to differ.

© Photo : Pixabay
Finland Launches Anti-Hybrid Warfare Center to Fight 'Imaginary Russians'
By his own admission, Jussi Niinistö of the right-wing populist Finns Party, does not consider the Russian missiles in the Baltic Region as a threat. At the same time Niinistö conceded that the "negative spiral" could lead to "certain, albeit random" actions, Finnish TV channel MTV3 reported.

Niinistö made it clear that he does not see any dangers stemming from Russia, nor does he see any tendencies from the Russian leadership to threaten Helsinki. In his recent interview, Niinistö also reminded that Finland, in its capacity as an EU member state, is obliged to help its peers, yet is also entitled to receive help in times of crisis.

Incidentally, a recent poll by Finnish newspaper Aamulehti showed that only one in four Finns actually believed that their country could be drawn into a possible war. Furthermore, only 10 percent of Finns were reported to believe that the Finnish army would engage in military operations in the ensuing decade. At the same time, many expressed the viewpoint that future conflicts would break out over the lack of water and food, rather than the stereotypical "Russian aggression," which is being constantly hyped up by the media.

"In the same way as hate speech is a short step from anger to action, war rhetoric is a short distance to military conflicts," Erkki Tuomioja said, as quoted by Finnish newspaper Savon Sanomat.

Previously, the relocation of Iskander-M missiles to Russia's Baltic enclave Kaliningrad Region threw the Baltic states and parts of Scandinavia into a panic. The Baltic countries have repeatedly accused Moscow of trying to aggravate the situation in the region. In contrast, the Russian president's press secretary Dmitry Peskov indicated that Moscow had the right to take all the necessary measures in response to the "aggressive" expansion of NATO towards its borders.

​Defense Ministry spokesman Igor Konashenkov ventured that all current threats to the European security are the result of the US military policy over the past decade, reminding of the deployment of US missile defense systems in Poland and Romania, as well as the upcoming deployments of NATO's fighting units to Latvia, Lithuania, Estonia and Poland.