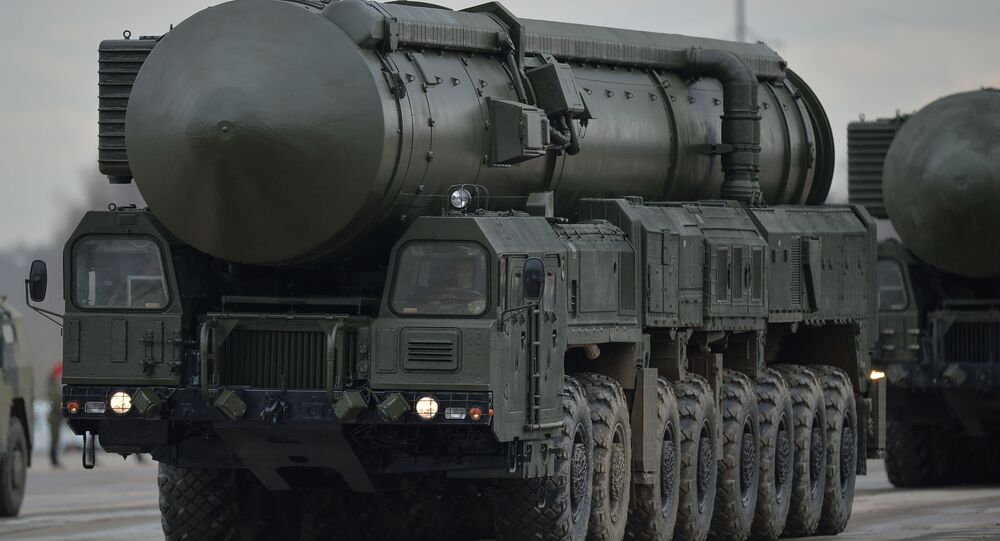 Spot Me If You Can: Russia's Brand New Nuke Train to Be Undetectable

Murakhovsky mentioned that some have referred to the new complex, which carries up to six RS-24 Yars missiles, as "a sheer nightmare" for foreign intelligence services.

© Photo : Ministry of Defence of the Russian Federation
Russian MoD Releases Video of Guard Robot Test With Grenade Launcher
"I would agree with this since there are no attributes which could be used to detect this rail-based missile complex," he said. "There is a new launching platform and a new combat control system which uses protected digital communication channels. There are new input programs for missions," he detailed.

The testing took place at the Plesetsk Cosmodrome approximately two weeks ago in early November. It paves the way for full-scale flight development tests.

"Pop-up launch tests are conducted to determine whether the complex is operational. The missile and the transporter-launcher container were developed some time ago, but the launching platform is a novel solution. The trials are meant to test its performance," the analyst explained.

The work on the Barguzin is proceeding according to plan, he added. The system is expected to be developed by 2018.

© Sputnik / Vitaly Ankov
Bal and Bastion: Meet Two Coastal Defense Systems Russia Deployed to Kurils
The Barguzin will be a major upgrade compared to the rail-based strategic missile complexes developed in the Soviet Union. They were removed from operational use in 2005.

Murakhovsky also said that the new system is second to none in the world.

"The United States was working on a similar program during the Cold War," he said. "There was an idea to lay rail tracks underground and place launching platforms there. Financing was wasted and they did not create anything even remotely resembling the Russian system."