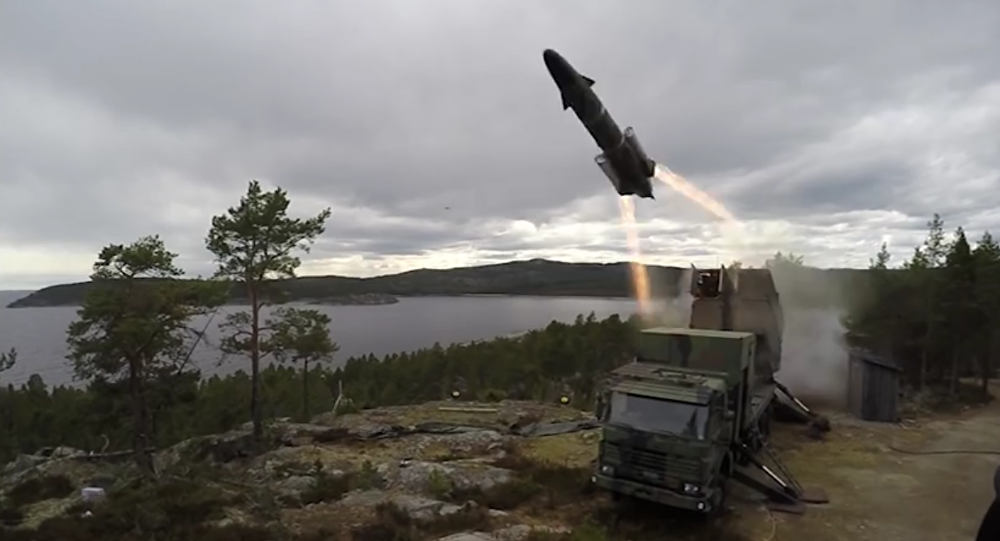 Blast From the Past: Sweden Dusts Off Cold War Missile System

Amid unfounded fears of a Russian sneak attack, kindled by high-ranking politicians and military experts, Sweden has been taking steps to drastically re-activate its defense. In an obvious return to the Cold War mentality, Sweden has restored a Cold War missile system to protect the island of Gotland.

© AFP 2019 / DAN LINDBERG / SCANPIX SWEDEN
Forewarned, Forearmed: Norway, Sweden Join Emergency Networks
During the Cold War, Sweden possessed coastal artillery that protected Swedish islands, ports and waterways. In the modern era, the coastal artillery was gradually dismantled before the 2000 decision to disband coastal artillery for good. Today, a heavy missile system that was defunct for 16 years has been re-activated. The coastal defense is said to be particularly desirable on the island of Gotland, which in Sweden is widely believed to the likely target for Russian "aggression."

Until 2000, the Swedish coastal artillery had missiles mounted on SUVs. The very same missile is still being used on the Gripen aircraft and naval vessels. Today, the trucks formerly in use, which are left in good condition in various museums across the country, have been recovered to carry Saab Robotsystem RBS-15 anti-ship missiles, Swedish newspaper Dagens Nyheter reported.

​"A number of trucks survived the disbanding. Besides, we have taken components from existing missile boats and warships which earlier had the same missile system in use," Rear Admiral Thomas Engevall told Dagens Nyheter. 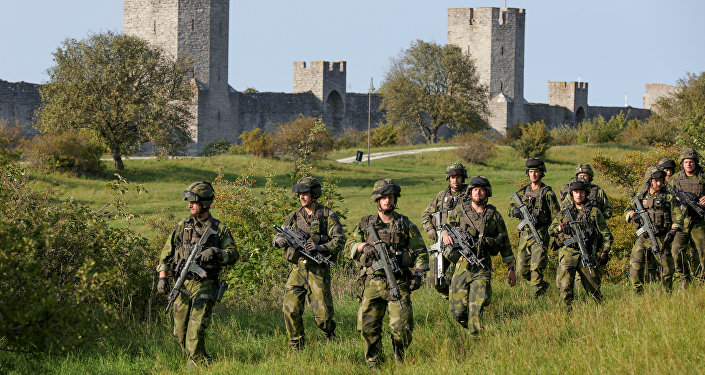 © REUTERS / Soren Andersson
Sweden Puts on War Paint, Prepares for Highly Unlikely Russian Invasion
The re-assembling was performed in a short time and was described as cost-effective for the Swedish Armed Forces. After test-firing, the land-based RBS-15 was re-introduced into service. A secret number of units were reported to have re-joined the Swedish Navy.

Swedish Defense Minister Peter Hultqvist, who visited the marine exercise Swenex 16, which is currently underway on Sweden's East coast, lauded the effective collaboration between the Swedish Armed Forces and Saab, the manufacturer of the RBS-15.

"It is extremely good that we have land-based coastal missile systems back in our National Defense," Peter Hultqvist said. "It means that we can shoot anti-ship missiles from land over great distances. Also, they provide increased flexibility and capability in marine warfare. This increases our military capability and that's something we need." 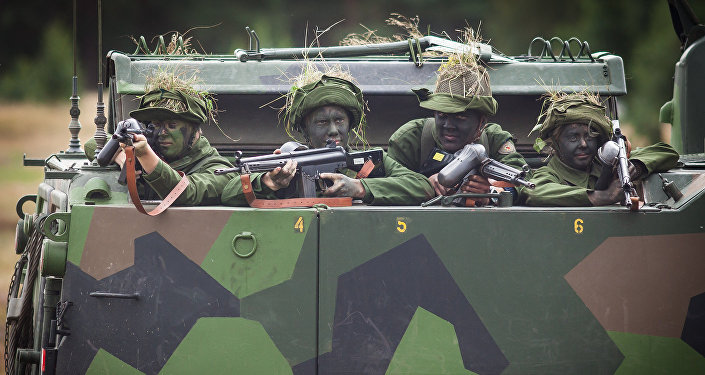 "If you group together these kinds of systems on Gotland, you can control quite a lot of territory in the mid-Baltic," Mike Winnerstig told the Swedish tabloid newspaper Expressen. Whereas Winnerstig acknowledged that Sweden hardly is a primary goal for Russia, he argued that the price of invading Gotland has increased significantly, calling the missile defense a "tripwire."

In September, Sweden stationed 150 troops on Gotland, to boost the defense of the strategically important island.

"We have about 150 men on Gotland, which is not much. In the past, when you wanted to defend Gotland for real, there were regiments that could mobilize about 25,000 troops to the island's defense. There's a certain difference," Mike Winnerstig told Expressen.