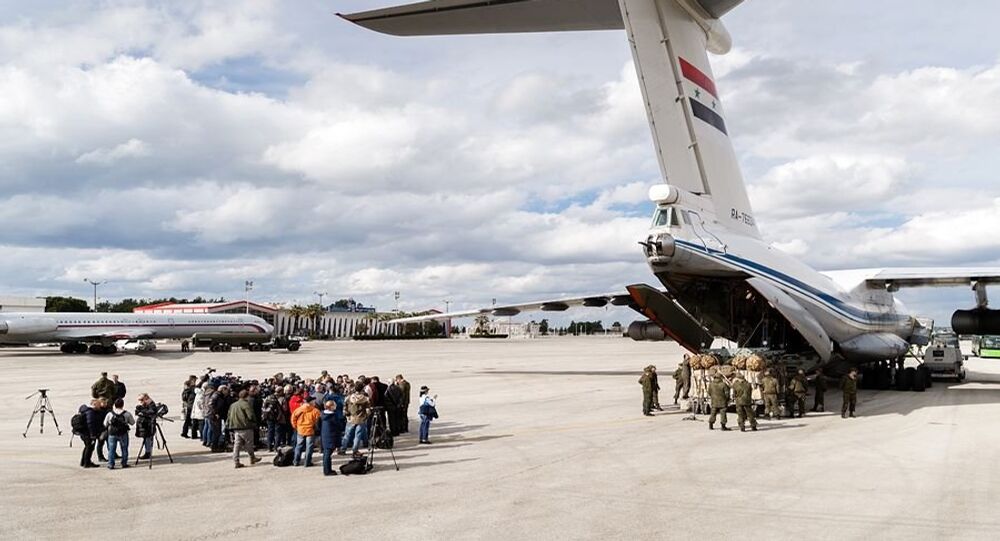 Russia could create new infrastructure at the country’s Hmeymim airbase in Syria, including the construction of the second runway and improvement of its air defense capabilities, a senior lawmaker in Russia's upper house of parliament said.

MOSCOW (Sputnik) — The Hmeymim air facility and a naval facility in the port of Tartus remain operational while Russia's S-400 and Pantsir air defense systems continue to be on duty in Syria to protect Russian servicemen in the war-torn country.

"We are in Syria for the long haul. That’s why improvement of infrastructure, both at the airdrome and in the area of its dislocation is the issue that should be solved in the foreseeable future," Viktor Ozerov, chairman of the Federation Council Committee on Defense and Security, said in an interview with RIA Novosti, adding that the process could last for up to three years.

He added that Russia could construct "at least" one more runway, improve the base’s air defense capabilities and build necessary facilities.

According to the lawmaker, the location of the Russian S-400 air defense system may also be subject to modification.

Russia launched military operation against terrorist groups in Syria in September 2015, at the request of Syrian President Bashar Assad. Russian military aviation had carried out more than 9,000 sorties.

This is How US Repeatedly Violated Deal With Russia on Syria

44 Ceasefire Violations Registered in Syria in Past 24 Hours