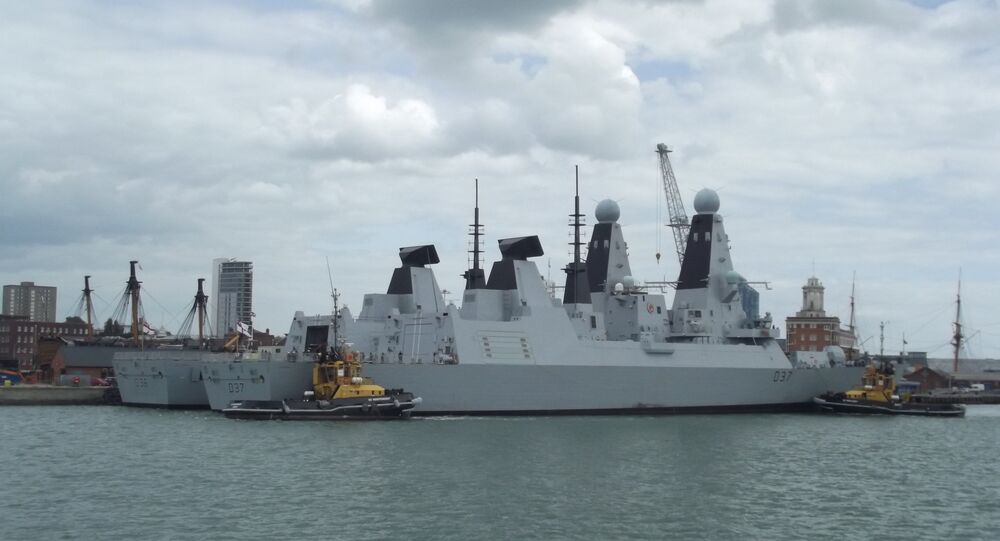 The UK's Royal Fleet will be left without an anti-ship missile due to financial concerns, the Ministry of Defense (MoD) has confirmed, leading to experts questioning how secure Britain will be without the vital weaponry.

The MoD is used to having Harpoon missiles, however due to budgetary concerns the Navy will be forced to use its 4.5 inch gun with a range of just 17 miles.

Without the Harpoon Block 1C system, the Navy's escort fleet — that is, Type 45 anti-aircraft destroyers and Type 23 anti-submarine frigates — will be left with purely defensive missile weapons, various automatic guns of up to 30mm caliber and a single 4.5" medium gun.

Royal Navy will be withdrawing Harpoon from service in 2018 — https://t.co/msZ99AS7yJ pic.twitter.com/PiL2GKVXsI

As a result, the Royal Navy warships will now be less capable of fighting enemy vessels than they were in the 19 century.

Imagine the Royal Navy's Submarine Service and the RAF would have a say here. Their new P8s will carry Harpoons. https://t.co/bJNeh09aCD

MoD said in a statement that the ships carry a range of offensive and defensive weapons systems.

"Backed by a rising defense budget and a US$219 billion equipment plan, upgrade options to all our weapons are kept under constant review," MoD said in a recent statement.

However, Douglas Chapman, MP, from the Scottish National Party (SNP), has said that the loss of the missiles will leave the Navy in a 'defenseless' position.

"Not only does the Royal Navy find itself with a historic low of 17 usable frigates and destroyers," he continued, "we now find that these warships will be left defenseless in a way that surely no other major modern navy would consider acceptable."

As a result of the 2010 Strategic Defense and Security Review, various financial cuts were made, which cost Britain its Type 42 guided missile destroyers and its Type 22 frigates. Therefore it is not surprising that the Royal Navy chose to focus on keeping ships at sea, as opposed to buying the latest weapons to fit them.

Currently Harpoon is fitted to the Type 23 fleet. Three of the six Type 45 anti-aircraft destroyers are fitted with Harpoon equipment that was salvaged from the old Type 22 frigates, sold off in the late 2000s.

.@RoyalNavy source: #Harpoon missiles on ships not likely to be replaced for up to a decade. @RoyalAirForce no longer has anti-ship missiles pic.twitter.com/CxJLRSaVmd

In addition, it has been argued that as the country is not in a state of war and there is no need for additional warfare. However, the UK does have Trident Nuclear Deterrent and critics have applied the same argument to this system.

The Royal Navy and other government departments are under increasing pressure to cut back financially, as a result weapons that would typically be used are no longer in action. However with Trident costing the UK tax payer over US$252 billion a year, the lack of current resources available to defend the UK appear to be diminishing at a time when it may be needed more than ever.