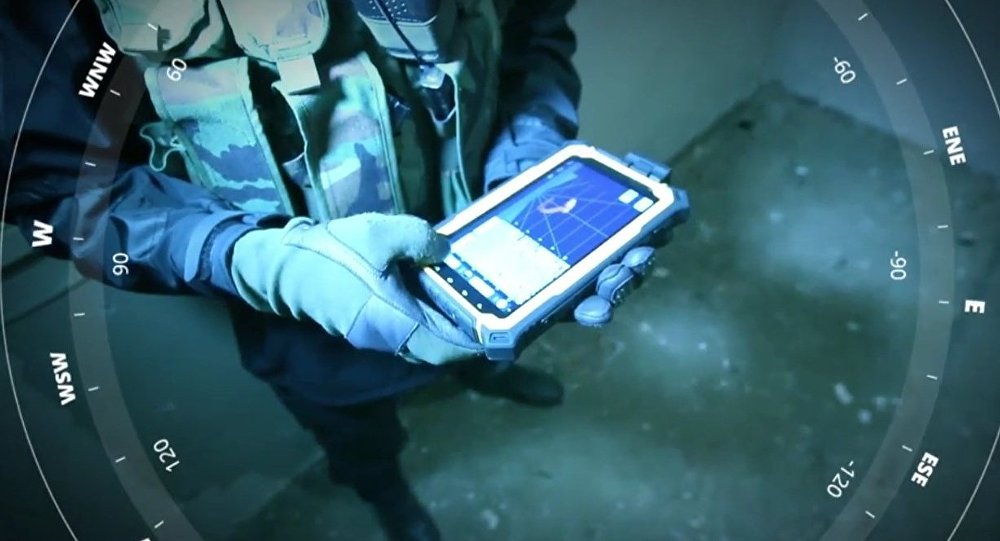 A new portable radar designed by a Russian group of tech companies, allows for detection of offenders from behind a wall by sensing their heartbeat and breathing. Sputnik spoke with the head of engineering reconnaissance of Logis-Geotech, Igor Vedeneev, about the new radar.

The latest radar is called Stenovizor PO-900 and it was developed by the Logis-Geotech group of companies. The device can detect living objects from behind multi-layer construction barriers and several walls.

Sputnik spoke with the head of the department of engineering reconnaissance, Igor Vedeneev, who said, “Our product will allow law enforcement agencies and special forces to obtain critical information about the object behind the wall; it will increase the level of security and mobility of the operation.”

© Sputnik / Pavel Lisitsyn
Russian New Generation Satellites to Undergo First Flight Tests in 2020
Talking about the new radar, Vedeneev said that the PO-900 is a portable device. It is intended for personal wear and use by special forces soldiers. It weighs less than 800 grams and its maximum detection range (through a 40 cm brick) is 11 meters.

“The detection modes include movement and breathing, as well as ‘geo-radar’ which are scanning modes for building structures, soils and other materials,” the head explained.

The latest radar also has a scanning mode for mines, explosives and caches.

The PO-900 is similar to an ordinary radio without an antenna. It is equipped with a 3.5-inch color display, which displays real-time radar reconnaissance results.

Federal service of troops of the National Guard will receive the unique portable radars and it will permit the commandos to locate terrorists not only in the buildings but also in bunkers and underground tunnels.

The radar will permit soldiers to detect terrorists at a safe distance not only inside a building but also on its opposite side.

Stenovizor PO-900 operates on the principle of a GPR locator which is able to conduct radio waves not only through air but also through soil and solid walls of the buildings, registering all the reflections from various obstacles. 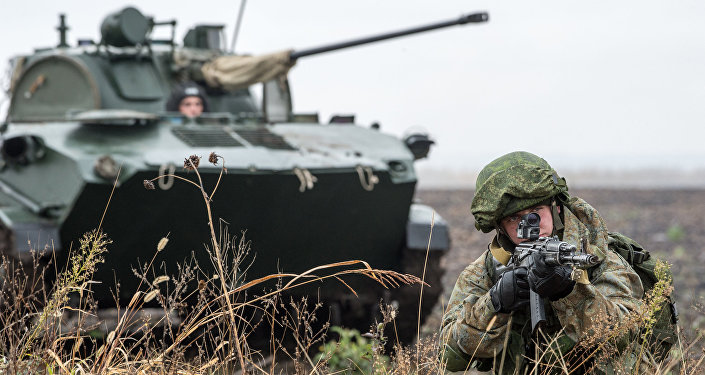 © Sputnik / Evgeny Biyatov
Putin: Russian Troops Receive 5,500 Military Hardware, Expect 5,700 More in 2016
The data is displayed in the form of moving diagonal red stripes — the vertical direction of the screen displays information about the distance at which a person has moved and horizontal lines determine the time during which he made the maneuver.

Vedeneev further told Sputnik that the device is not a prototype. “It is a range of serial devices, which are produced in large quantities. They are exported abroad and they have good recommendations. In the future, we plan to expand the network of foreign offices and increase the amount of supply to new countries.”

Experts believe that the latest Stenovizor will be great asset in battle or in counter-terrorist operations in urban areas because carrying out such operations in a city requires a non-standard approach to reconnaissance as it is often impossible to accurately determine the number of intruders hiding in the building during the assault.

Talking about similar devices on the market today, Vedeneev said that there are analogues of the radar in the US, UK and Israel. However, the main advantage of the Russian radar is its unique ability to detect through several multi-layered walls.

“The pricing policy is also an advantage. As for the Russian market, we are aided by the policy of import substitution. At the moment, our devices are the only radar detector (stenovizor) serially produced in Russia,” Vedeneev said.

By next year, Stenovizor is going to be supplied to the Federal service of troops of the National Guard. The Russian Interior Ministry and other security agencies have also expressed interest in the new radar.

Particular interest was expressed by the representatives of Ministry of Emergency Situations, who plan to use the radar for emergency situations for example, to locate and rescue people in rubble.