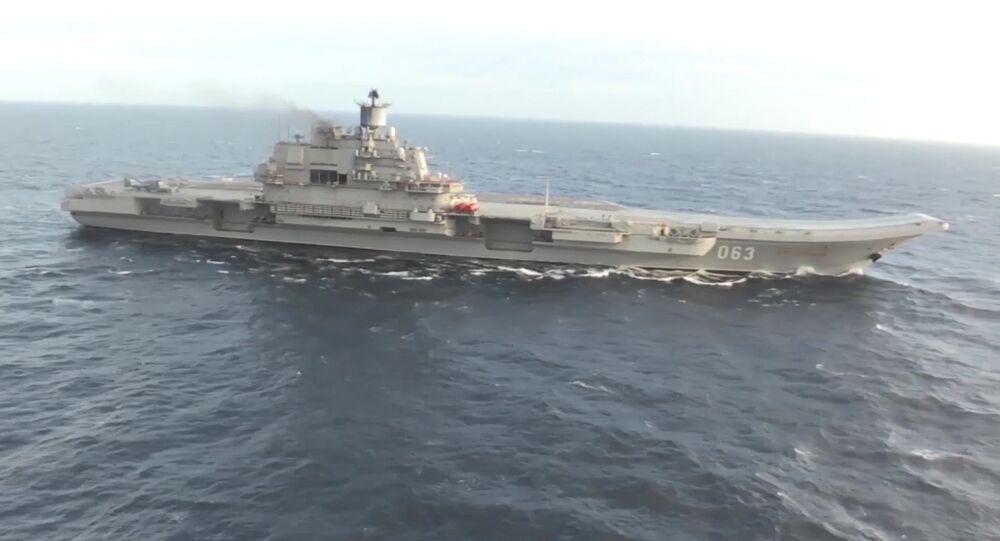 "Today, we started a major operation to launch massive strikes on Daesh and al-Nusra Front targets in the Idlib and Homs provinces [in Syria]," Shoigu said at Russian President Vladimir Putin's meeting with the ministry’s leadership and defense enterprises.

"The Admiral Kuznetsov aircraft carrying cruiser began taking part in operations for the first time in the history of the Russian Navy. Our Su-33 aircraft began working from this cruiser today. Before this, we carried out very careful, thorough reconnaissance of all targets," Shoigu said.

According to the minister, the main targets include ammunition depots as well as plants producing weapons.

On November 8, it was reported that Russian Navy's aircraft carrier group, which includes Russia's 'Admiral Kuznetsov' aircraft carrier, 'Pyotr Veliky' nuclear power guided missile cruiser and two destroyers, had completed its transfer to the Mediterranean Sea and group was getting ready to launch a strike targeting Daesh terrorists in the province of Aleppo.