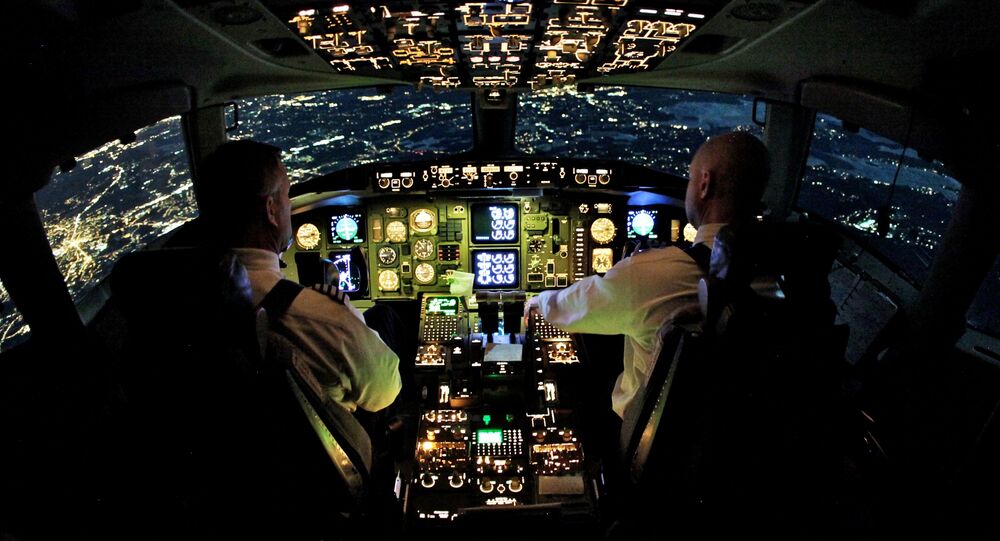 To deal with its longstanding pilot shortage, the US military is looking not at new recruitment drives, but at robots.

The Defense Advance Research Project Agency (DARPA) is currently deep into developing two types of robotic copilots, Defense News reports. And the robots won't simply be able to operate planes' flight systems – they're also intended to be able to give advice to human pilots.

The Aircrew Labor In-Cockpit Automation System (ALIAS), the name of the robot copilot program, is intended to reduce the numbers of crew needed on manned aircraft, going first from two humans to one, but "then possibly down to zero," Jean Charles-Lede, program manager of DARPA’s tactical technology program office, said, according to Defense One.

The ALIAS program is working toward delegating procedural tasks associated with flying to computers, which can often perform them better, according to the developers of the systems. Right now, ALIAS uses an open-interface software combined with a pilot-operated touchpad and speech recognition software, Scout.com reported. Pilots can speak or tap commands to the aircraft to perform some functions on its own.

ALIAS developers list things like checking engine status, altitude gauges, lights, switches and levers among those that computers can do more quickly and safely than humans.

Two contractors, Aurora Flight Sciences and Sikorksy, demonstrated their solutions in test flights in several types of aircraft in October. DARPA will select a single vendor for the final phase of the program.

Mark Cherry, president and CEO of Aurora Flight Sciences, said, "The ALIAS system is designed to be able to take out those dull mission requirements such as check lists and monitoring while providing a system status to the pilot. The pilot can concentrate on the broader mission at hand," according to Scout.com.

The system is designed to operate much like a human would. Machine vision cameras take in information a human pilot would see, and ALIAS software uses that data to make flight decisions. "[W]e kind of work within the physical bounds of a human. We have eyes, like a human has eyes, we have the ability to interface with the controls as a human would … and we actually fit within the form factor of one of the seats," Duda told Defense News.

Sikorsky's system is more customizable and could eventually eliminate the need for any human pilot at all, Igor Cherepinsky, director of Sikorsky's autonomy programs, told Defense News. The system offers options of having pilots in the cockpit, in the back of the plane, or not in the air at all, but controlling the machine remotely.

Sikorsky's system physically moves the aircrafts controls, but uses small elements in instrument panels and floors, rather than a large arm, and thus leaves room for the option of a human copilot.

"One can imagine, as these vehicles are now smart enough to plan their routes, avoid obstacles, and stick landings, you can pick missions that have that as their core competency,” said Cherepinsky. In the future, cargo, reconnaissance or even medical evacuation flights could be operated remotely by a human monitoring several self-flying aircraft, he said.

John Langford, Aurora's chairman and CEO, told the Daily Mail, "It's really about a spectrum of increasing autonomy and how humans and robots work together so that each can be doing the thing that it's best at."

"The robot carries in them the DNA of every flight hour in that system, every accident," he said. "It's like having a human pilot with 600,000 hours of experience."

Using machines to fly planes, is, of course, nothing new. Commercial airline pilots routinely rely on autopilot systems. But Keith Hagy, the Air Line Pilots Association's director of engineering and safety, points out that so far only humans are able to deal with the unpredictable.

"Those are the kind of abnormal situations when you really need a pilot on board with that judgment and experience and to make decisions," Hagy told the Daily Mail.