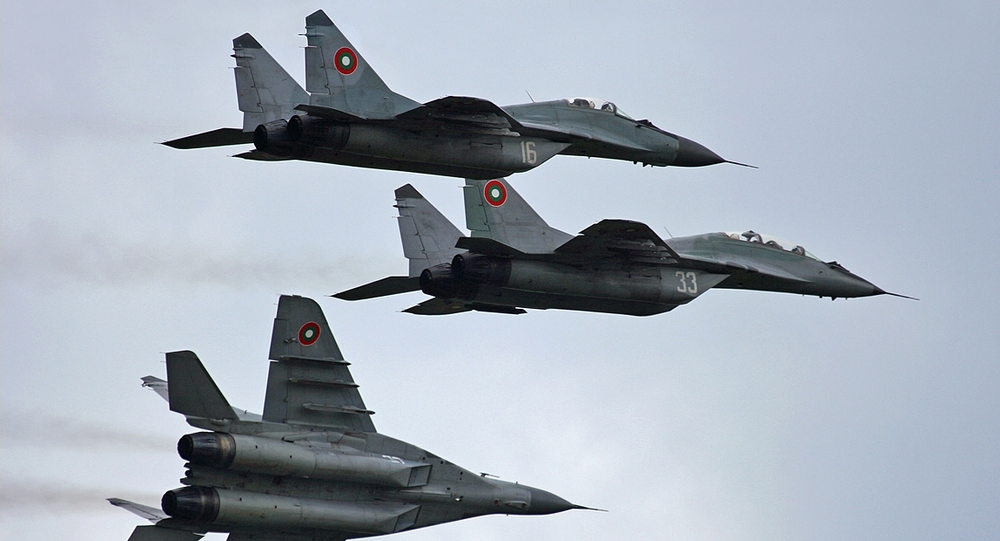 © Sputnik / Anton Denisov
Russia Ready to Deliver Six MiG-29 Fighter Jets to Serbia
According to Bulgarian Prime Minister Boyko Borisov, the agreement was signed on Wednesday, November 9, though he was reluctant to disclose any additional details about the contract.

It should be noted though that in 2015 Bulgaria, after NATO demands that its members abstain from military cooperation with Russia due to the ongoing crisis in Ukraine, signed an intergovernmental agreement with Poland, according to which the Polish side would handle the repairs of MiG aircraft engines and eventually even upgrade MiG aircraft at Bydgoszcz factories.

However, this agreement was made without the consent of the engines’ manufacturer, Russian Aircraft Corporation MiG.

And as Nikolay Podchasov told Sputnik Poland, the deal in fact caused quite a scandal last year after its details became known to the public.

"As far as I know, Poland has no license for repairing Russian MiG aircraft engines, and the Bulgarian minister’s decision to repair Russian engines in Poland appeared pretty controversial as it didn’t adhere to the international regulations. Due to the considerable public resonance that followed, the Bulgarian minister was forced to look for excuses; he even lied that his decision to cooperate with Poland was caused by Russia trying to offer him a bribe. However, he later retracted these claims and all accusations against Russia were lifted," Podchasov said.

He pointed out that while Bulgaria did sign the aforementioned contract with Poland, it is unlikely to last in light of the agreement made between Sofia and MiG Concern. Also, since the talks about purchasing maintenance rights are still underway, it’s hard to predict their outcome.

All in all, Podchasov remarked, while this development may indeed spell the loss of profit for Polish factories that would’ve otherwise handled the aircraft engine maintenance, the losses from possible lawsuits filed by Russia against Polish companies for unsanctioned repairs of Russian aircraft engines could’ve been much greater.