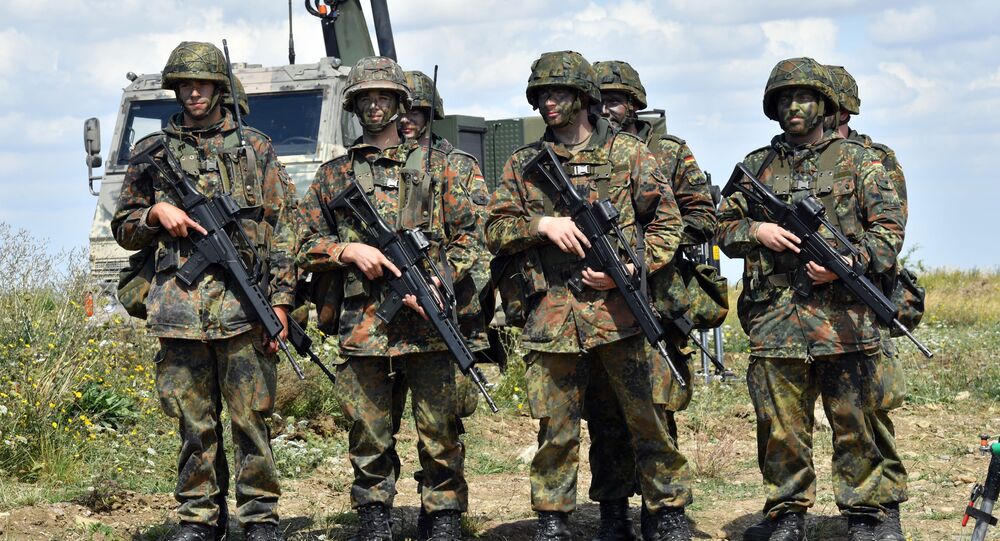 The number of underage soldiers serving in the German armed forces has been steadily rising since the country abolished mandatory conscription five years ago.

MOSCOW (Sputnik) — A response by the German Defense Ministry to a parliamentary request from the Linke party, seen by the Welt newspaper, showed that 1,576 minors joined Bundeswehr last year, out of a total of 21,092. Only 689 teens joined in 2011.

© AFP 2021 / CHRISTOF STACHE
Mass Walk-Out? Hundreds of Soldiers Resign From German Army
Bundeswehr is allowed to recruit 17-year-olds with their parents’ permission. In exchange, teenagers get benefits and a head-start in their career. They cannot not be sent on missions abroad.

Norbert Mueller, the speaker of the leftist Linke’s parliamentary faction on children and youths, described this as a scandal and criticized Bundeswehr for putting military interests ahead of children’s rights.

Bundeswehr has stepped up advertising in recent years after the number of recruits began to dwindle. Mueller said it was targeting underage people with tailored ads, such as YouTube series "The Recruits."

Handbags and Fatigues: Bundeswehr to Unveil New Uniforms for Women